The category was added by the East Coast Music Association this year after Diminished Fifth organized a petition and lobbied to have the category introduced.

The award was accepted in Corner Brook by Josh Hogan, who runs the band's record label.

"It is amazing that we have this category to begin with and an incredible honour that a Diminished Fifth artist was the first to receive the award," said Hogan. "This is a true win for the entire East Coast... I grew up in Prince Edward Island and now run Diminished Fifth Records in Nova Scotia, IRON GIANT are from New Brunswick and the award was handed out in Newfoundland so all four of the Atlantic provinces are represented!"

Like Hogan, the band was more then enthused to receive the award. "We're glad to bring home the first ever Loud award to Moncton Rock City, where we hope it'll stay!!" added Chris Lewis, vocalist for IRON GIANT.

IRON GIANT came together in 2000 bringing together members of some of Moncton's finest musicians from bands like the MONOXIDES and MOOD CADILLAC. The band has released two albums to date: "Creator of Scars" and "No Longer Sleeping" (2002, 12th Planet Records) and is currently sponsored by Jägermeister Music Canada. 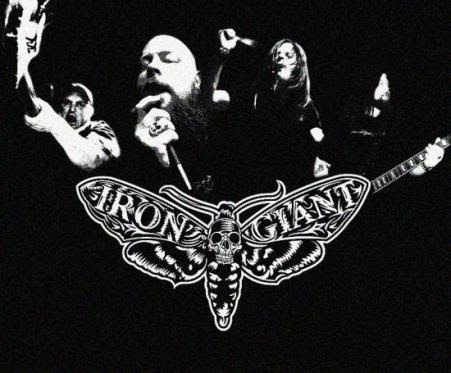