The Album Of The Week is the self-titled album by Red Fang.

"Residing somewhere between Black Flag and Black Sabbath, Red Fang recall a time when rock was more urgent and a little horrifying. Synthesizing a variety of heavy music influences and their own distinct musical identity, the band can easily shift from barn-burning punk to mid-tempo, hyperdistorted bass destruction all while maintaining a cohesive sound. Red Fang create gigantic rock songs that are easy to listen to (not easy listening, mind you) and qualifies the simultaneous usage of both the thinking and the banging head, which are usually mutually exclusive." 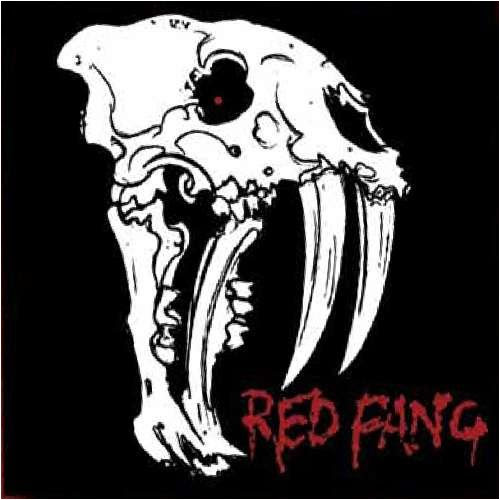 Features members of Bad Wizard, Facedowninshit, All Night and Last of the Juanitas. Includes a cover of Dust's "Suicide".

The defining moment of Red Fang's self-titled debut album comes a little more than a minute into first song "Prehistoric Dog," when frontman Bryan Giles bellows "time to kiss your ass goodbye!" If it's not already painfully obvious by that line, Portland's Red Fang are about kicking ass, plain and simple. The group deals in heavy, low-end sludge, rollicking with all the vintage fuzz of Black Sabbath and burly thunder of fellow Pacific Northwesterners The Melvins. And yet there's an accessible, even catchy element to their mighty tunes similar to the Thunder-pop style of Torche. Suffice it to say that Red Fang provide a musical experience that rocks, plain and simple.

The aforementioned "Prehistoric Dog" rolls along a burly shuffle, with depth-charge riffs hitting gut-punching lows. "Reverse Thunder" is faster and peppier, taking cues from Black Sabbath's "Paranoid" in its high energy hard rock anthem. Yet the epic "Humans Remain Human Remains" stretches out with its lengthy, droning intro before Aaron Beam's sinister bassline comes creeping in. From there, the song becomes an unholy, psychedelic dirge that climaxes in a dark, yet definitely rocking chorus. Before too long, however, the group kicks into high gear with blazing, unhinged riffage on "Bird on Fire," with power chords dueling in the circle of death with shrieking, high end solos—always a recipe for something awesome.

Red Fang's primary strength lies in their ability to combine accessible with loud, and they do so successfully through 10 rugged, fist-pumping rockers. There's an old school sensibility to what they do, not only recalling Black Sabbath, but Mötörhead as well, not to mention a bit of classic punk rock for an added touch of bile. Red Fang doesn't experimental atmospheric realms or prog-rock odysseys, they just play loud, fast and heavy. And if you manage to get their songs stuck in your head later on (which is pretty likely), that's just the icing on the cake. (Jeff Terich, Treblezine.com)