The Album Of The Day is "Chemical Vacation"

by Sea Of Green. 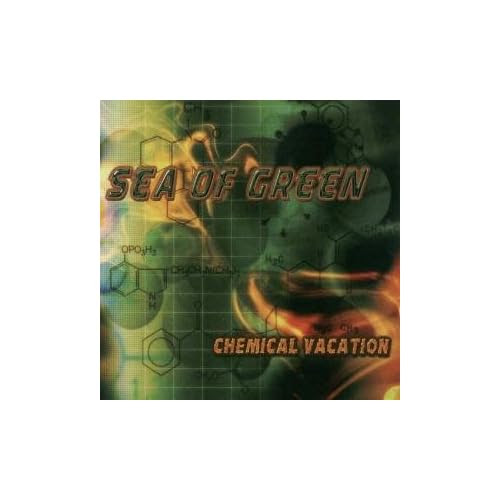 For many of the stoner rock bands that emerged in the '90s or '00s, the basic recipe is as follows: a major Black Sabbath obsession (along with possible elements of Blue Cheer and Hawkwind), fuzzy guitars, lyrics dealing with the supernatural or the occult, and an appreciation of the Nirvana/Seattle/grunge/Sub Pop scene of the late '80s/early '90s. Stoner rock has enough of a grunge influence to be considered part of alternative metal, but unlike most alterna-metal, stoner rock doesn't have chugging guitars -- in stoner rock, the guitars are more Sabbath-minded (with a lot of fuzz and sludge). The thing that separates Chemical Vacation from other stoner rock releases of the early '00s is the fact that Sea of Green tends to favor the grunge side of things more than the Sabbath/Hawkwind side of things. Yes, Sabbath is an influence on the Toronto band, but not an obsession. The early '70s are an influence; the early '90s are a greater influence. And when all is said and done, Chemical Vacation is closer to Nirvana, Soundgarden, and Alice in Chains than it is to Sabbath. In fact, tracks like "Fantasy Sublime" and "Darkness" are so grunge-obsessed that some headbangers might feel that Sea of Green is basically a grunge band at heart and not a stoner combo in the typically Sabbath-worshipping Fu Manchu/Eyehategod/Goatsnake/Orange Goblin sense. Nonetheless, it isn't hard to understand why Sea of Green generally goes over well with stoner rock audiences -- stoner rockers like their metal on the melodic side, and this band offers an enjoyable blend of aggression and melody. Chemical Vacation falls short of exceptional, but it's a decent, well-crafted effort that is worth hearing if you're a die-hard grunge fanatic. (Alex Henderson, All Music Guide)