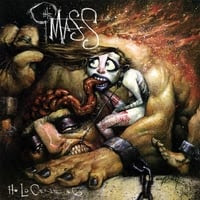 "Even when they`re bouncing off the walls, hitting you with a flurry of off kilter rhythms, jagged jackhammer riffs, barked vocals, and jarring saxophone, they`re still moving as one."
- StonerRock.com

"...the material on Holocene #6 is the best of their work thus far. Tension builds with controlled, metallic bursts packed with devious guitar riffs that eventually unite under a banner of galloping thrash and later maniacally tripped out jazz metal."
- Hellride Music

"If this is the continued direction of The Mass, they`ll be right where Every Time I Die and Dillinger Escape Plan was a couple years ago before those two broke out."
- The Metal Minute