Concert Review - All Them Witches with King Buffalo and King Dead 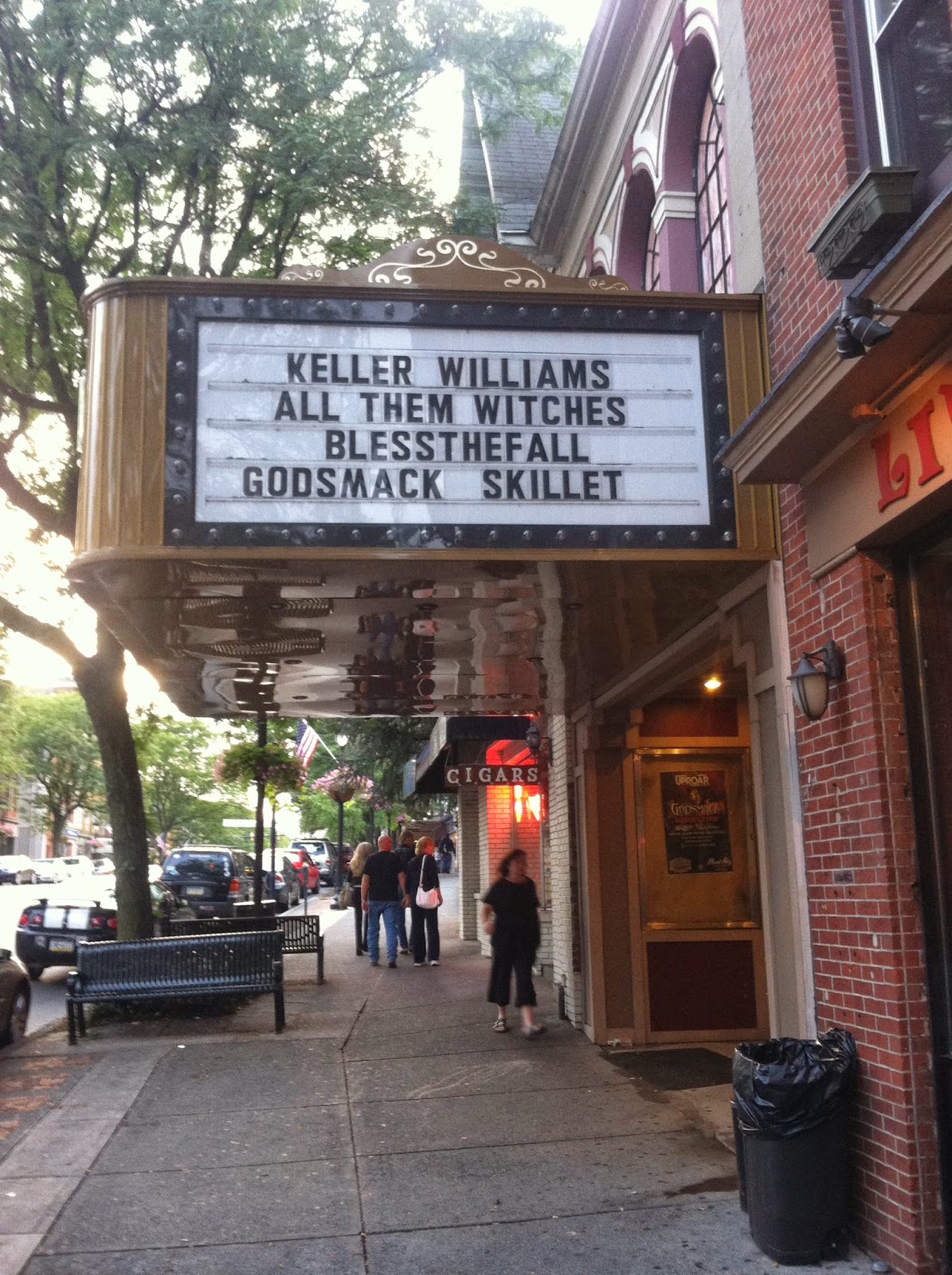 I hadn't taken an over-night road trip for a show in a long time. But when I found out that All Them Witches and King Buffalo would be making a stop in Stroudsburg (about a four hour trip from Pittsburgh), I rallied some troops and we took to the weary path that these musicians are all too familiar with.  Being one of the lucky cats to get a King Buffalo tee with a promo earlier this year, I brandished it with pride, and began strolling Main Street Stroudsburg in search of our venue and a good dive bar.  Our destination was the Sherman Theater’sLiving Room.  With a quiet appearance, more common for art galleries and open mic poet nights, we were psyched to experience All Them Witches and King Buffalo in a tight fitting and intimate setting.  As we approached the Living Room we were waved down by King Buffalo’s drummer Scott, who noticed my shirt.  After the friendly introduction, we offered to give the guys a hand loading, but we were too late.  We chilled for a while, waiting for The Witches to arrive, and carried on with Scott anticipating the music to come.  Scott was a stand up dude with a killer Van Halen tee (thanks for letting us talk your ear off dude).  All Them Witches pulled up and we got them loaded into The Living Room and after friendly hello’s I was in much need of a drink.  Luckily there was a nice little joint called Kay’s Tavern with a pool table and old timers playing an ancient table top bowling game.  My buddies and I ordered up a round of Yuenglings and they proceeded to kick my butt at pool.

This is where I found out there was another opening band, King Dead a bass heavy trio Heavy Planet covered earlier this year (see the exclusive here).  Some of the other musicians arrived at Kay’s and somehow All Them Witches lead man and bassist, who goes by the name Parks, and I ended up talking world music and the mystery that is Tuvan throat singing.  Losing more time than we realized King Dead had already hit the stage with a western inspired atmospheric doom sound.  I had made it back for their monstrous closer.  Noticing that the trio was all lows, two basses and a thunderous set of drums, I wasn't prepared for the rattling my rib cage experienced.  With a final crash of percussion King Dead laid waste to what was left of a battered crowd and tore down making way for the mighty King Buffalo. 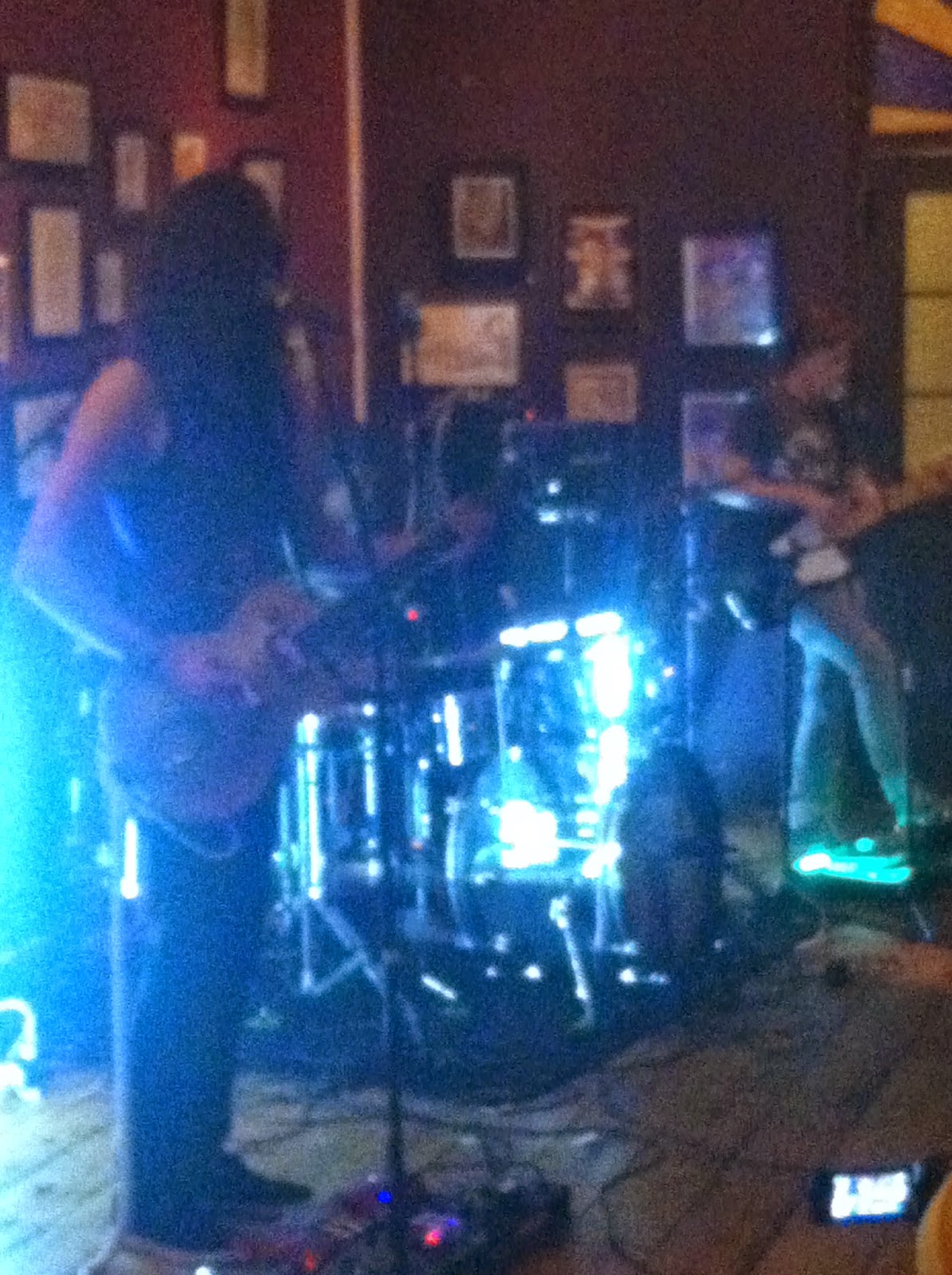 Oozing a very different vibe, King Buffalo courted the audience with a more reflective sort of groove leaving the crowd in a head nodding daze.  Front man Sean is of tremendous stature, proclaiming their message above the rhythmic crunch being laid down by Scott and Ben (bass) during their standout performance of Providence Eye.  Scott’s tenacity with his kit left my buddy, Paulrus, and I impressed at the trio, who set a solid foundation for All Them Witches to take the stage and finish the night big. 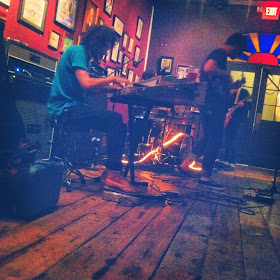 The $3.00 Sam Adam’s draughts kept the set up time occupied and the conversations soaring.  Before we realized it All Them Witches were rolling, checking their sound waves.  Sound check seamlessly moved into the set with Lightning At The Door’s album opening one-two punch Funeral For a Great Drunken Bird and When God Comes Back.  My initial reaction, of course after the rocking that surged through my body, was that these four have a spectacular chemistry together, truly something every music lover wishes to experience at a live show.  The Witches set ran through the majority of Lightning and just as I was awestruck at Rob’s percussion antics during my first listening of the album (you can check out my opinion here),  I was even more so impressed with his live performance.  The dude has some serious mo-jo that naturally makes the grooves groovier.  The four-some closed with emotion-builder Charles William and I would say that no group of musicians could have chosen a better way to end the evening.  Each instrument, paired with Parks genuine vocals, built an immense wave of desire of liberation and The Witches delivered just that.  When an evening of live music leaves you forgetting all of your other life concerns you know the music did exactly what it needed to do and that should leave the musicians themselves feeling resolute in their creation.  As much as this music and these musicians meant to me upon the first listen, they now mean even more.  If you’re interested in seeing more of the bands check the links below. If you’re a Pittsburgh native, you won’t want to miss King Buffalo, who will be playing at The Shop tonight (August 27th).  They will also be playing with Heavy Planet favorite The Midnight Ghost Train at Bar Matchless in Brooklyn, NY for an event by The Electric Beard of Doom. 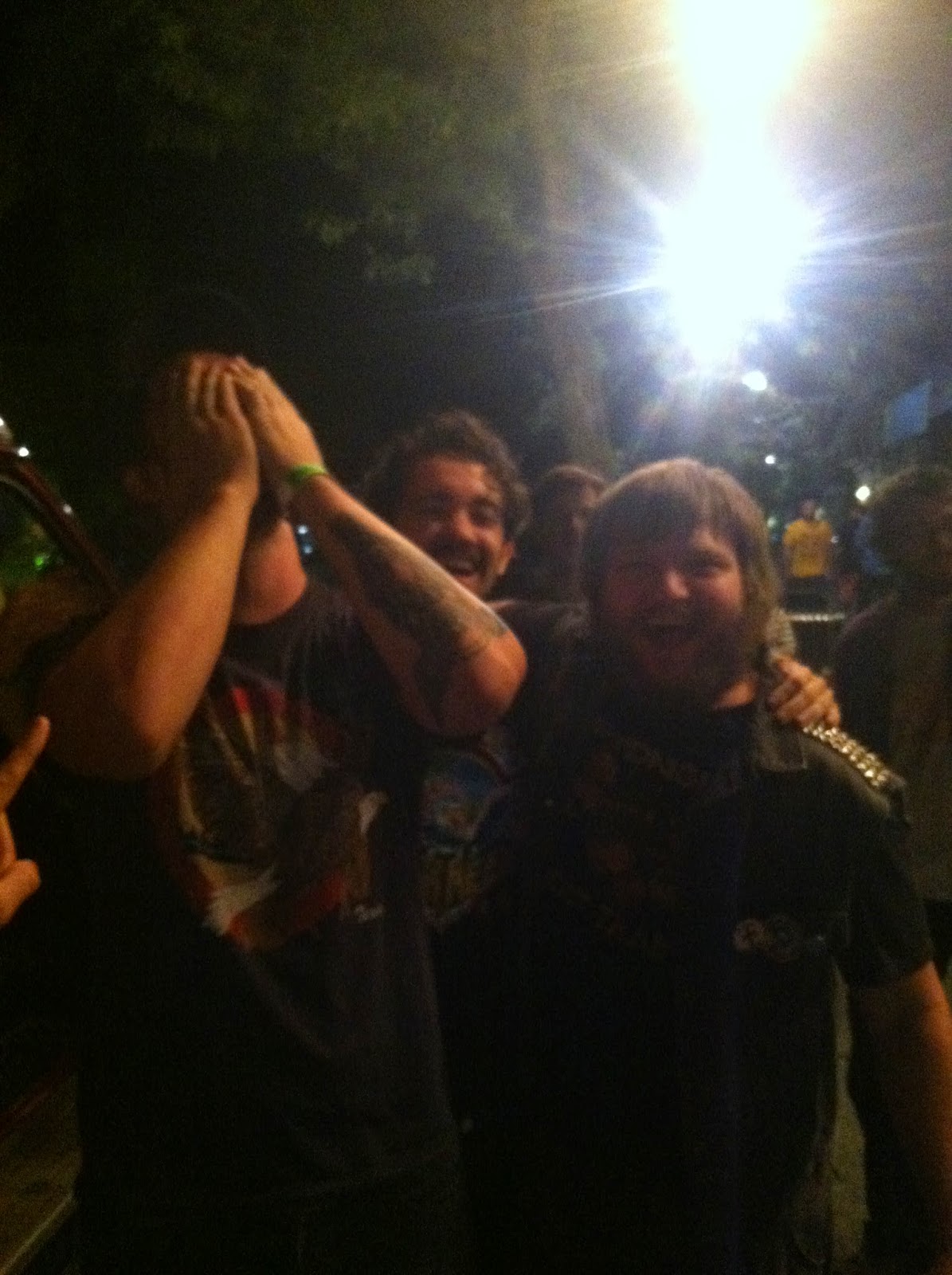