I didn't start my 2013 expecting to write up a top 20, but I am certainly thankful now for the gems I unearthed in anticipation of the year end lists. I feared the untimely deaths of Slayer's Jeff Hanneman and Eyehategod's Joey LaCaze would cast an shadow on the year as a whole. Those incidents paired with half of Baroness' departure (following the bus crash) soured my year early. Thankfully 2013 left a lot to be explored and I'm far from discovering all it had to offer. From what I managed to delightfully cram into my ears, here is my top 20.

Earlier this year I was addicted briefly to the UK duo Wet Nuns. The rude n' raw "Broken Teeth" caught my attention and I went from there. I soon found I had played out just about everything they'd released and I ached for new fuel. The good news is they delivered a gritty and shamelessly fun debut LP in October; The bad news is they broke up pretty much immediately afterwards. I'm bummed that I'll never get the chance to see them live, but fairly understanding of the "jokey band, one album" breakup cliche. Not to mention the poor public appeal of Wet Nuns merch. My logo patch draws some unbelievable hate glares.

I saw Lord Dying open for Black Tusk and Red Fang back in 2012. I remember this moment mostly because I had, until Lord Dying took the stage, assumed that guitarist/vocalist Olson was the venue security. He's a bear of a gentleman and mutilates a six-string with expected proficiency. Summon The Faithless is a beer soaked grizzly set ablaze and It more than satisfies the cravings of a starving High On Fire fan like myself. Lord Dying play a familiar, thunderous brand of metal that really never gets old. Summon The Faithless is rock solid and an easy record to include in any end of year list.

Catching my attention with tantalizing art, Heart Of Oak's prog infused riffing delighted me instantly when peeking beneath the cover. The fantasy-oriented balladry appealed to the 9th grade power metal nerd that's apparantly still hiding somewhere inside me. The song “Giants” struck a chord from the first listen and encompasses much of what Anciients get across in the release. Arabic melodies meets double-kicked doom meets 80's solos. Good Stuff.


Doomriders are sinister, doomy sludge at it's finest. Dark and raunchy, Grand Blood is chugs it's way into the 17 spot.


The Melvins have always been a huge influence to me and I've been ecstatic to see them put out so much stuff recently. I was content with Everybody Loves Sausages but hell I'll take a whole new LP of original material and shut up. Tres Cabrones is quintessential Melvins and holds on to all the power grooves and whacked-out vocals I'm used to, but the Melvins never fail to surprise listeners at least a little bit. Tres Cabrones has some catchy hooks and fun experimentation - another easy top 20 for me.


Vista Chino is new Kyuss, and once I got that through my skull I really started to appreciate the Vista Chino release for what it is - fuzzy desert rock. I'm a sucker for any Garcia lead Kyuss project and though Peace didn't exactly bring any staggering stylistic changes to the table, it holds up enough to spin pretty regularly. 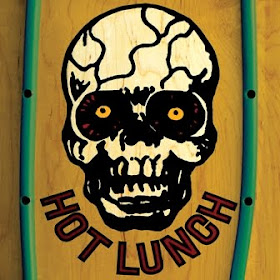 Leering at me from between the pages of Decibel magazine, Hot Lunch caught my eye with the brightly colored ads and of course the unusual band name. I was a little late to the party when it came to actually giving Hot Lunch a spin. This record is sure to grow on me even more than it already has in the few short weeks I've lived with it. Hot Lunch offer up a flavorful, powerful blend of vintage acid rock and are drawing a lot of positive attention because of it - and rightfully so. 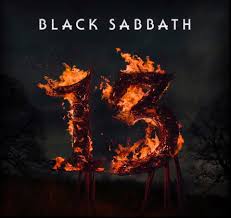 I will appropriately include Sabbath at number 13, and I would go so far as to say they deserve it. Most truths about this record have already been spoken. In the grand scope of Sabbath records, 13 is a drop in the bucket, but for the year it wasn't half bad. Ozzy and the gang knocked out a few tasty licks and fun was had by all. I would have liked Ward to keep drum duties but hey I'll take whatever Sabbath I can get.


Forever Becoming is a superb record and more importantly a reassurance that Pelican is going to contunue making new music and performing. Pelican meld fearlessly heavy riffs with calm post rock elements and have released nothing but solid records since their inception

I was excited about the new Red Fang release for what felt like ages before it came out. I wasn't particularly enthused by the single "Blood Like Cream", it was catchy enough for me to keep my hopes high for the record. Sure enough, Red Fang deliver an ultra-catchy yet gloomy third LP. Red Fang may never make another "Prehistoric Dog", but they're far from making a bad record. The popular music videos and Late Show appearances don't indicate any one hit wonder burnout, so I'm happy.

Howl are filthy, industrial tinged sludge and I love it. While I don't think their sophomore attempt is quite what Full Of Hell was; but it is catchy and angry as hell - which is really all that's important. I kid, but Howl stuck a few bomb tracks under some pretty cover art and I ate it up.

Seth mentioned last Sunday that this was his favorite artwork of the year and I certainly agree. Beneath the celestial minotaur that rocks the cover, Last Patrol is an anthem-packed composition of Wyndorf-fronted, fist-pumping rock. What more could I say? 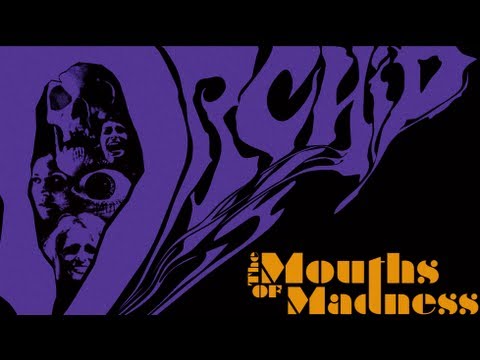 If you've been anywhere near the psychedelic rock or metal scene lately, you've probably heard of Orchid. I caught the buzz about them at the same time as everyone else and naturally sat down to give Mouths Of Madness a listen. Orchid play impeccable retro rock but with a bit more bravado than most related acts, which gives them a real standout persona. I'm spinning Mouths Of Madness weekly and with no end to the ritual in sight, therefore Orchid makes my top ten with flying colors.

I was happy to see a follow up album to 2012's self titled so quickly. I was quite stricken by their first attempt and just as pleased with last years montage of thumpy 70's basslines and bone dry drums. Abra Kadavar is, for better or worse, a more polished sounding record than the debut but no doubt a monument to revival style psychedelic rock.

5. All Them Witches – Lightning At The Door

I heard the track "When God Came Back" between sets at a local venue a few months back and it blew my mind. I tirelessly quested to find the name of the band only to realize it was by the all too familiar All Them Witches. I of course knew them from 2012's Our Mother Electricity but didn't remember them sounding like this. Lightning At The Door is jam packed with chunky riffing and a tasteful teaspoon of folk: An especially good spin cover to cover, but the aforementioned When God Comes Back is monstrous enough on it's own to satisfy a quick fix.

It was hard to keep from running down the street shaking small children and animals while shouting “New Kylesa!!!” when I first heard there was to be a new Kylesa record. After their last two  compulsory headbang inducing releases, I think it's safe to say they've made it a streak. Ultraviolet is brimming with punky sludge and driven by even more double drummer mayhem. Ultraviolet is a top ten gimme in my opinion.

Soma is damn catchy. Hook driven and down tuned - I was all over it as soon as I could get my hands on it. Soma possesses a certain rare ambience that makes it rather therapeutic to listen to in the car or while engaging in other mundane or relaxing activities. Enjoying the record passively tends to make the gospel of an LP feel like only a few tracks, but it's hard to complain when each song is an epic in it's own right. Call it a hometown bias, but I'd be a fool to leave it any lower on my list.

Jex Thoth's self titled is easily one of my top 20 all time favorite records, so naturally the bar for Blood Moon Rise was set pretty high. That being said, Blood Moon Rise is incredibly moving and is very nearly on par with my number one pick. The single “KeepYour Weeds” initially caught me off guard with it's hazy, haunting softness – not like the gut crushing sludge of the self titled. After embracing the stylistic changes, I quickly found myself listening to the release daily. I am impressed with the album as a whole though especially in awe of Keep Your Weeds and following track Ehja. Jex delivers a tome of ethereal psychedelic doom that beats you to shit and then leaves you to enjoy a recurring introspective journey. A unique combination of experiences.

Here it is: the Big Kahuna. No surprises Clutch made their best album in a decade and it's a hell of a spin. To start, theres not a bad song on the thing. Every single track is a catchy dose of badass blues rock. Clutch return to some of their former heaviness (not quite 1994 heavy, but heavy) to serve up a pound of steaming hot grooves. Neil Fallon has developed magnificiently as a vocalist and really works the pipes throughout the album, never abandoning the free-form stream of conciousness lyrics we know and love. Like I said, Clutch are no strangers to the top but I was more than impressed by the promisingly-advertised Earth Rocker. My Virginia hometown is being graced with their presence tomorrow night and I'm anxious hear the record the way it's meant to be heard!