New Band To Burn One To: CLAN 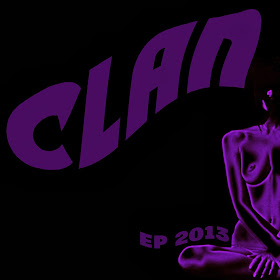 Clan: “A group of people united by common characteristics, aims, or interests.”

A trio of rock-loving lifelong friends hailing from Norwich, UK- guitarist/vocalist Matt Pearce, bassist Matt Rabong and drummer Ben Giller have been playing in various bands together for nearly ten years now. We have combined our musical influences in Clan to bring you a record that will please fans of vintage fuzz, blues rock and dirty beats- a keen sense of vocal melody combined with grooving guitar/bass unison riffs and thunderous drums. At a recent gig, we were described as “The Dead Weather meets Deep Purple Mark II with a hint of Fu Manchu and Kyuss.”

Entirely self-recorded, mixed and mastered by the band during September/October 2013 using our own studio, equipment and knowledge, this E.P. is a true DIY affair.

Clan are currently working on a promotional video and recording our next four songs with a view to a ten track album release and expanding our fan base across the UK in 2014.

"Words such as vintage, classic and retro seems to describe a multitude of bands coming out these days.  In many ways that can be a good thing because I love that era of rock music, on the other hand it can be a case where a band gets lumped into the "they just sound like so-and-so". Clan does have a very retro sound but carves their own name into the stone of rock and roll. This band from the UK uses unique rhythms along with a chilled-out and fuzzy groove to capture that vintage yet modern spirit. You can see what I mean on such standouts as  "A Taste of Pride" and "Vultures". The riff on EP closer "First Step" is earth-shaking and the band keeps it all together with a tight melody. Killer stuff dudes!"