New Band To Burn One To: MOTHER HEROINE 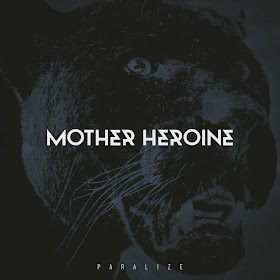 They played their first shows and released the "Red Leader" EP end of 2012.

Beginning of May saw the release of a new single "Paralize".

Mother Heroine will be performing throughout the year and release a first album after the summer.

"I must start off by saying, what in the hell took me so long to listen to Mother Heroine. These guys straight up freakin' rock. They have a terrific heavy and fuzzy sound that floats along with a bewitching groove and unique vocal, one of which I am still having a hard time pinpointing. Almost Morrison-esque but with a touch of evil. The band released their EP "Red Leader" back in December 2012, giving fans worldwide a teaser as to what the band is capable of. In May the band released their single "Paralize" ahead of a few performances and a full-length debut. Based on what I have heard already, these guys are sure not to disappoint.