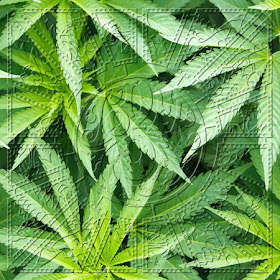 Toner Low are a band from the Netherlands that formed in 1998 and their latest release "III" is their 3rd release, of course. They say you should never judge a book by its cover and I suppose the same could be said for a CD, tape or LP, but with Toner Low's latest, the cover is quite telling and very inviting indeed.

Continuing on from 2008's "II" with tracks simply titled "Phase 1-5", "III" contains tracks "Phase 6-9" and what Toner Low bring here is more of their ultra heavy psych-doom with a low end tone that is so damn low and driving that it bores a hole right into your chest like a 1,000 ton tunnel boring machine. I had an actual complaint from my landlord that the bass was too heavy and was rattling his windows downstairs so I waited until I knew he would be out before I cranked this mother of an album up, fired up a bowl or 3 and immersed myself in the very heavy weight frequencies laid forth by Toner Low on "III".

"Phase 6" begins with backwards percussion leading to churning and tumbling riffs and thunderous drum work with a sonic weight behind it all that is so resonant that it rattles everything within a wide area. Distant cries call from within the bass onslaught and heavily effected and grimy guitar licks squirm in and out as this huge monstrosity of a track breathes in and out vast clouds of thick green smoke.

"Phase 7" hangs on some electronic hum for a brief moment before plunging and hypnotic riffs take the tone lower still, the track sloths along in no hurry at all, giving the listener the chance to savor every rib rattling frequency. There are fleeting calmer moments but soon the massive throb returns but this time adding even more weight showing that explorations in heavy music are not limited by anything but imagination and Toner Low show here that theirs is of a kind fixed firmly on experimenting with the low tone. This track ends in a chaos of twisting psychedelic noise that had me thinking of a Butthole Surfers live show with Gibby and his "Gibbytronix" in all its full on bad trip splendor.

"Phase 8" opens with vague and droning organs and plodding drums followed by atmospheric and moody bass and guitar jams that float dreamily, lulling the listener into a peaceful trance. The tracks drops to the organ drone for a moment before the huge plunging bass heavy riffs are unleashed with the organ sounding out louder to aid in an almost evangelical praise at the alter of the riff within the church of the heavy. Godly chants sound out a cosmic prayer while relentless riff delivery gives pleasing massages to the soul. It is so easy to get lost within the trance that Toner Low induce so when they have unexpected breaks in their groove, one is woken from the trance suddenly where Toner Low lay on even heavier and hypnotically groovy riffs with which to savor. It's a very clever move by Toner Low as it kept me interested in what I was hearing.

"Phase 9" drifts from silence towards a catchy bass line and quiet radio interference and drifting feedback. A lazy swaggering riff and complimentary drum thuds and smacks kicks things into gear to unfold a heavily stoned behemoth of depth dwelling noise. Creepy echoing guitars sneak in to give an uneasy edge before descending into filthy sludge dregs that pushes my bass cab to its limits. I had to turn the bass down a bit for fear of my windows cracking or me getting a nose bleed. This is Toner Low at their most dark and repressive and is easily on a par with the horrifying bleakness of bands like Moss and Cough. The singer turns his voice to eerie choir singing that adds an ancient vibe of mysterious monks chanting in the cold stone darkness of some long forgotten crypt. The chanting vanishes to leave a barrage of weighty and memorable riffs that culminate in an instrumental freak out which then drops to lone bass line followed by a quietly weeping piano melody which ends the track in an emotive send off for Toner Low's "III".

Get over to their Bandcamp now to purchase this landmark and essential release in the world of heavy music.