New Band To Burn One To: MONSTRONAUT 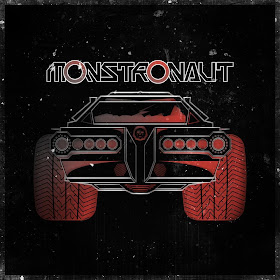 A highly succesful gig calendar in 2011-12, culminating in both their debut London show and a headline performance at the annual Bledgefest festival, in which Monstronaut stole the show has confirmed their potential as standard bearers of British rock. With the hunger and dedication that these guys have shown time and again after the all too familiar hard luck stories of years gone by, no one that has seen them would bet against Monstronaut making a big impact this year!

Having already garnered a hardcore, dedicated following in the Dumfries and Glasgow scenes, as well as the small festival circuit, the future is nothing but bright for this exciting group. The recording of the In The Beginning….EP began in early 2012 at Lovers Lane studios in Dumfries with Grant Henderson at the helm and finished sporadically throughout the year at the University of Paisley with Dave Miller behind the desk. With Mike D himself taking on the mixing and post production duties the band have found themselves with a ferocious reproduction of their incendiary live shows. The 5 songs on show here are without doubt the most
immediate in the groups repertoire and will doubtless leave everyone who hears it marking their diaries for In The Beginning….part 2, due in the summer of 2013.

"Monstronaut is a ferocious new Stoner Metal monster hailing from Scotland. The band hits the nail on the head with catchy yet heavy tracks guaranteed to have you bashing and bobbing your head in no time. The songs on their latest EP "In the Beginning" are filled with powerful riffs, clean vocal prowess and slick production. Influences of NWOBHM is evidenced throughout the EP which adds a magnetic flair and thunder to the well-written tunes heard within. These guys undoubtedly rock! Check them out!"