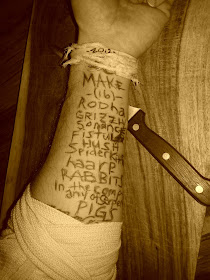 These year-end lists can make you crazy. What you won't see on my forearm are the half-dozen band names I've carved out entirely. Great as they may have been, I had to cut it to twelve. Shit, I fooled myself into thinking I could pare it down to ten. But there was simply too much great sludge metal slung my way in 2012. Whether it's straight southern thickness, sped-up filth, or dusty bounce laced with sprawling post-metal drift, sludge is more expansive than you thought and too frequently overlooked.

I couldn't bring myself to rank these from 1 to 12. Some days I find Fistula's angst to be the essential middle-finger to my boss. Other days I catch myself dissecting Canto III Inferno by In the Company of Serpents. And had EYEHATEGOD spewed eight or ten more tracks that sounded as good as New Orleans is the New Vietnam, they may have shot right to number one (what a great fucking song). As it stands, these are the twelve Sunday Sludge-featured albums I returned to most frequently. 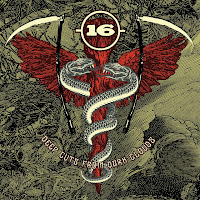 Jerue's bark is more symptomatic of choice than struggle. The only match for this is the low and vile whir of rhythm that's never out of death's reach. Without tricks and without fluff, -(16)- tread the broken ground abandoned by their contemporaries. Ubiquitous pain has evolved into flared indignation, and the resulting sound is -(16)- at their greasy pinnacle. 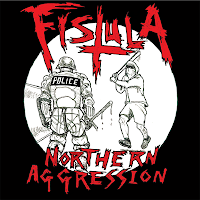 Hit the e-brake all you want, but Fistula's in full control. The plod balances the shred and the fury lines every note with napalm. The tempo shifts suggest a bi-polar, manic, borderline personality glitch, but nobody will raise a red flag. The sleeping giant you poked with a stick never woke. Instead, Fistula again showed up without warning. Your skin is bubbling, your left eye is gone, and you're drooling as you sift through the soil looking for loose teeth. 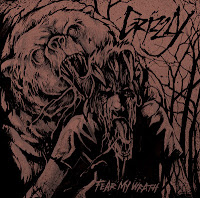 We're rarely met with material this overtly homicidal and self-satisfied. Lyrics can be oft-considered sludge's afterthought, shouted or muffled or buried in brilliant rotting moss. Grizzly's vocal delivery on Fear My Wrath perfectly ensnares listeners by snagging a fish hook in your lip, rubbing your skin raw with sandpaper, and leaving spit-trails of hostility dripping from your hair. 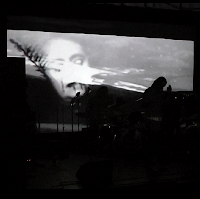 The forty-two minutes on these two tracks breathe and haunt more like an undying memory, surging and waning beyond your wishes. These ghosts are seemingly within you, not around you. You can compartmentalize the chills, but the lucidity is never sealed off. And when you've been lulled to comfort and feel a cool sigh can be enjoyed, you're jarred by descending sludge terror. 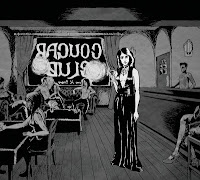 ...After eleven months of sifting through some pretty incredible offerings from some pretty accomplished acts, it's difficult to find many that are this complete and this proficient. Cougar Club is thick with mood, heavy on variation, and thoroughly stung with riffs and rhythms that'll knock you flat. Moving forward, waving back, and setting the knob to "simmer" is just the beginning for Spider Kitten. 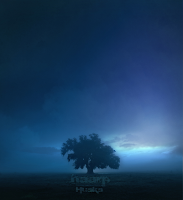 Planting their feet as sludge metal gods, haarp take their time trimming the fat and let the truth simmer. Between the sludge barrages and atmospheric back roads is tempered, expertly-timed black gold. The band's proficient but patient approach is lined with beautifully rich and vile vision. Husks isn't merely another NOLA sludge-metal record; it's a sonic catapult for a band wholly deserving of every accolade they accrue. 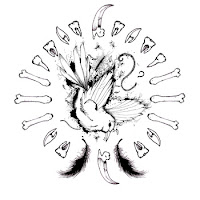 On Untitled I, despair clouds every luxury. Every happiness is whittled and boiled. The sludge-doom truths pique our senses, but the vexed lyricism here serves as effective a weapon. The songs are strongly-structured, the shifts are well-placed. Ultimately, the songs are smart and despondent, truly questioning where we're headed. Blame doesn't need to be assigned because you know you're guilty. I suppose the first step is admitting you've got a problem. The second step is listening to HUSH.

In The Company Of Serpents - Self-titled 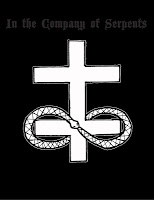 Down-tuned plod melds with Netzorg's withdrawn but enticing vocals. Burying licks under a canvas of fog has the track feeling like a stumble through a misty hamlet, buzzing and grinding like your old man's dusty table saw that he's too drunk to use. What's surprising for this sludge, however, is its groove. The palpable, nod-inducing rhythm is what sets apart ITCOS from their sludge-doom contemporaries. Under an electric blanket, the band's sludgy plod melts into a stoner groove, resulting in some pretty cool sounds.

Pigs - You Ruin Everything 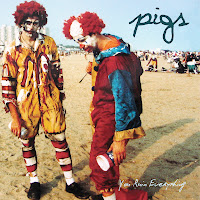 Spin it, say your prayers, and hope your hands don't shake so badly when you wake up.  Pigs aren't gonna cure your ills or pull you from the dry well, they're gonna jump down there with you.  And by the time the police show up, each of these songs is stuck on your tongue. 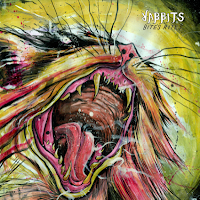 Bites Rites challenges and antagonizes via immediate, in-your-face hardcore bullying. Rabbits are direct and all ambiguity is checked at the rotting, unhinged door. You don't have to wallow in the mud; sometimes you need to jump in and throw it at others. And if Rabbits don't manage to catch your attention with flaming piles of loose earth, they'll just gnash their teeth and rip off your face. 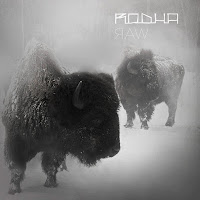 Employing just five tracks of melded design, Rodha should have little trouble finding a rabid fan-base.  That a band can so strongly assert it's mettle on what they call a demo is nothing short of stunning, and their generosity is a testament to the confidence they have in themselves and one another.  These tracks are heavy, smart, well-structured, and dirty enough for sludge-o-philes to instantly fall into submission. 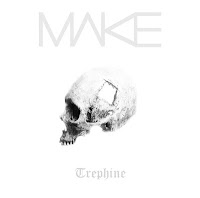 In Metal Songwriting 101, Trephine would be the curriculum's cornerstone. Your head is gonna swell and your skull is gonna pound, but MAKE's death rattle has unparalleled warmth and voluminous complexity.Trephine is the perfect ailment and the perfect antidote, complete with enough syrup to dull the edge.
Trash Boat at 4:20:00 AM
Share