New Band To Burn One To: ALEPH NULL 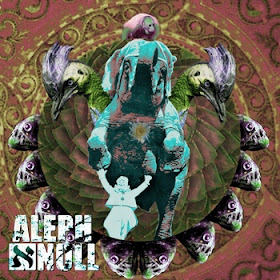 A great Sludge/Stoner/Doom-three-piece from Düsseldorf.

"Aleph Null-Definition: The first of the transfinite cardinal numbers. It corresponds to the number of elements in the set of positive integers. Now that we have the origin of the band name out of the way, let's get down to bizness. This German three-piece play gritty NOLA-style sludge in the lines of Down, but add their own unique touch. A bit more grimey and a hell of a lot more fuzzy (my ears are still buzzin'), the band lays down some pretty sweet ass slow and low soul-searchin' grooves and even shows their grunge influences on the track "Sidewinder". Released in January, this 6-song album unfortunately eluded my ears until now. Better late than never. Go to their Bandcamp page and download this awesome slab o' southern sludge. Do it now!"