New Band To Burn One To: MAIZE 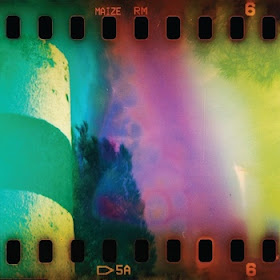 Maize is a stoner/psych rock band from Viseu, Portugal. A power
trio that has established itself as a band capable of moving mountains
with its powerful riffs and confuse wise men with its experimentalism.
Originated in 2009, they have always followed the law of the jam,
because of their lack of technique but also to search for musical
freedom. Creating aggressive and heavy atmospheres in concerts, using
improvisation as much as possible, their live performances are,
consequently, unpredictable and addictive to the followers of the
genre. Their first EP, released in May 2012, containing 4 tracks of
pure psychedelia and contagious riffs, is a proof that Maize is a band
worth of listening.


"Filled with pure turbulent energy, Maize takes you on a wild ride with enough twists and turns to make your head dizzy. This 3-piece from Viseu, Portugal encompasses heavy stoner riffs, kaleidoscopic psychedelia and an unparalleled sense for jamming the shit out of their instruments. At times the guitar tone is warm and fuzzy and at other times can be swirling and penetrating. For the most part the band is instrumental, such is the epic 12-plus minute track "L.", which gets downright trippy with it's marching tempo and stargazing sound effects. Around the 10-minute mark the track prepares you for launch into the 14-plus minute closing track "P." with a steady groove and slowed down bass-driven tempo. The songs are abundant with mind-scorching soloing and enough crunch to keep it interesting. Rich and colorful, the music is warm and fulfilling, and highly infectious. Really great stuff that deserves a listen."