New Band To Burn One To: THRONE 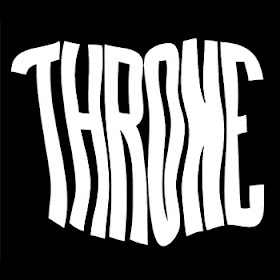 We formed a year ago, we're based in East London. We record and practise in a damp basement called the Doom Room beneath Dalston Kingsland. In the last six months we have been playing live in and around London and we're looking forward to playing at South by Southwest in Texas this Spring. In the last month we've enjoyed playing shows with awesome bands like "Moss" and most recently "Astrohenge".


"If the first two songs I heard from this band are an indication of things to come, then by damn I want more! This is raw, stripped-down stoner/doom at it's finest. No fancy production here people (other than some cool vocal layering), just three bandmates planting huge, tasty, skull-splitting heavy ass grooves into your cranium. I must say that the most intriguing part of this band is the simplicity. The vocals bellow over a guiding bass line which are centered around some nice juicy riffs. Yes, I am really psyched about this band for some reason, if you haven't noticed. Listen below and see for yourself!"