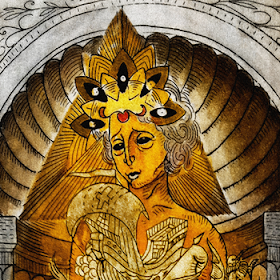 Goran D. Sanchez: Diaul
Anyone interested in hearing some Italian sludge-core? If not, get in the mood, because what we have here is a prime example in Goran D. Sanchez. Milano, Italia's Goran D. Sanchez have been meddling with sludge and hardcore... and I must say, they have perfected the formula with their album 'Diaul'. The jams are heavy (very heavy), distorted, chaotic, and yet somehow melodic. The vocals are intense, like Greg Puciato of Dillinger Escape Plan intense. Give the opener 'Weed or Weedout You' a listen at the group's bandcamp, and let us know what you think.
Members:
Bambino - Drums
Checco - Vocals
Cic - Guitar
Dead*Man - Bass
Simoncino - Guitar
I bandcamp I facebook I myspace I tumblr I twitter I
~~~~~~~~~~~~~~~~~~~~~~~~~~~~~~~~~~~~~~~~~~~~~~~~~~ 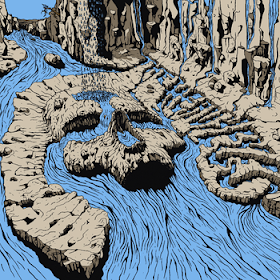 The Heavy Eyes
Memphis, Tennessee's The Heavy Eyes are filled with the spirit of '60s blues rock. Heavy Planet introduced The Heavy Eyes as a NBTBOT last December. The band was also part of March Bandness 2011. It is apparent The Heavy Eyes sound is heavily influenced on the hard rock movement of the late 60's and early 70's, as well as Memphis' famous blues. Tripp Shumake's vocals and guitar style are soulful, enhancing the southern feel of the record and Eric Garcia's drums and Wally Anderson's bass will have your feet stomping, The production quality is raw and very fitting, Stand out tunes include Iron Giants, Voytek, In Need, and Drifter. Hear my favorites, as well as the entire album at The Heavy Eyes' bandcamp.
**A physical copy of the album (CD) can be purchased, for $10 plus shipping and handling, by contacting The Heavy Eyes at Theseheavyeyes@gmail.com.
Members:
Eric Garcia - Drums
Tripp Shumake - Guitars / Vocals
Wally Anderson - Bass
I bandcamp I facebook I myspace I
Zac at 4:20:00 AM
Share