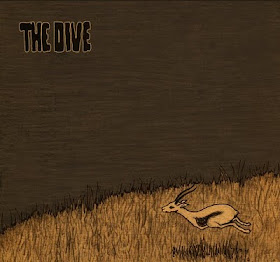 Finding a strong balance between fresh fuzz and fully-realized songwriting is seldom successful in this post-everything age. Nothing sounds fresh, nothing sounds organic, and nothing sounds like it deserves an encore spin in your ridiculous E-91-guzzling tin box you call your car. These four Athenians fully represent the sliver of what remains right about heavy contemporary music. The grooves are undeniable and well-constructed, the timing and structure is perfect, and the songs are as beautifully realized as anything you'll hear today.

Starting your day with Fresh Blue Coffee may be the only fun your life allows. The 90's grunge-throwback buzz is enough to get you past that 2:30 feeling and keep your dick hard. Monkey J.'s vocals scream weathered Mike Ness, but the forlorn and dusty guitar licks complement an incredible rolling groove to make you think twice before leaving your car and walking into class. Go with it. Skip whatever you're doing and listen to EVERY SINGLE TRACK.

Throughout The Dive's self-titled debut, they manage to maintain a steady, spacy rhythm that showcases incredible riffs by Monkey J. and Titos, the steadily-bubbled bass of Livy, and Taz's versatile and unparalleled drumwork. Kyuss-worshippers will find comfort in tracks like Lockjaw and Billy Jean, both soaked in fuzzy Homme-tequila riffs. Rocking chair guitars, choppy rhythms, and a shit-ton o' fuzz characterize The Dive's sound, but Monkey's vocals can't be ignored either. His repeptitive, screened-door vocals counter an atmospheric desert trip that may just be the perfect place to let your body lie.

But from the deserts of the west to the craters of Mars, listeners roll through Lydia & The Pigheads on a distant, spacey, gorgeous trip to a neighborhood bonfire on the moon. This cool roll through the galaxy holds rhythm steady as embers reach the heavens. A crunchy granola roll leads the listener to the track's swaying end. What's most stunning is that this barely scratches the paint as a highlight of the album.

The sound on tracks like Desden, Pets In Rabbies, and The Field are likely to spread this band's appeal beyond Greece, beyond Europe, and into the deepest plunges of this ridiculously monstrous solar system. Desden's hollow-pipe guitar fuzz cruises through a stoner dustbowl, between mountains, ultimately landing right where Kyuss allowed Space Cadet's guitars to act like they'd done all they could. Please.

Hums discovered just beneath desert-guitar pleas characterize the sunburned, hand-holding Pets in Rabbies. Friends join the buzz, rhythm settles, and we're fuckin' jammin'! Guitars take their podium here, breaking and bouncing, chopping and bubbling. You may just wanna play this song, slice tomatoes from your neighbor's garden, and pretend you're done thinking for the day.

The Field carries the album's atmospheres to the psych trippiness we'd been expecting the last forty minutes. Drums blaze, guitars fight over the last available seat, and gorgeous fuzz melodies leave listeners believing they've found exactly what's been missing in their lives. The space-warble here could spend under three seconds filling an arena with more sound than the entire Rolling Stone index generated in several decades.

There's so much here. The fuzzy, hot-box sounds of Fabio, Fabio, complete with exasperated vocals and a deep plunge into a scratched space rollick is breathtaking. Iguana's quick fuzz romp is repetitive, welcoming dune-buggy fun. And Plan 9 From Outer Space is heavy on southern licks, hanging like creepy ex-boyfriends on mossy Savannah trees.

From the album's ashy lead-off stroke to the final breath of the hidden track's primal, organic, and effortless amalgam, The Dive roll through smoky psychedelic jams that no debut album should rightly boast. Soaring, moon-shot riffs, grooving tempos, and a brilliant vocal high-five make this self-titled the perfect soundtrack to a snakebite hospital rush. Enjoy this; it may not happen again.

Heavy Planet was SO impressed with this release that we're pairing up with The Dive and giving away TWO free copies of this album! These will go to the first two (2) readers who send their name and address to heavyplanet2001@yahoo.com. Huge apologies to our readers overseas, this is only open to US residents.
Trash Boat at 12:01:00 AM
Share