Album Review: Under The Sun - Man of Sorrow 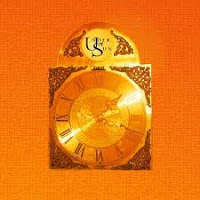 A doom supergroup, with members from Pentagram, Cathedral, and Place of Skulls, Under The Sun has been mostly skipped over by the reviewing community (at least the sites I check out). This seems a shame, that men of such renown fly under the radar as long as they have. I plan to do my part to rectify this - what little influence I have over the internet - so read, listen, and enjoy listening to a modern-day supergroup that would make any doom fan blush: Under The Sun.


Man of Sorrow opens with an amazing track; "Stride" begins as a slow, trudging doom song - completely instrumental - then after a few minutes it begins to fade out, which makes you think a new song is about to begin. Just then the song volume and tempo ramps up into some of the best groove-oriented stoner/doom that I have heard in a while. And after they play their fill, say their piece (oh yea there are vocals in this part), they return to the original melody and theme, of soul-crushing doom. This is how you are greeted to Under The Sun, and it sums up the album perfectly. This is a group well-versed in the arts of both doom and stoner, and they are not afraid to show you ass-hats how to rock.
I wish I could say this feeling was kept up through the entire album; the songs that are good are great, but then the album is also filled with dull tracks, that really take away from the rest of the disc. "Stride," "Bruised," "Joy," and "Forgiveness" are all amazing, blending mostly instrumental doom with bits of juiced-up stoner levity and excitement, before crashing down back to doom. The rest of the album is very ho-hum, either the songs are too short to follow the usual path of build-up and die-down, or they are just too repetitive to fully enjoy. Don't even get me started on the last track, the title-track, it is over seven minutes, but for the first three or four it's filled with a dull droning guitar/bass lick with a spoken word track over top, eventually it gets to actual music, but by then I was checked out of the album. A really shitty way to end any album, let alone this one.


Under The Sun is an interesting band, whose members have an interesting history. These are the grand-daddies of doom, coming together to bring back a resurgence to the genre. Some songs on Man of Sorrow hit their mark, while others fall a bit short - and one is way off target - but it's the beginning of something new, and I hope something great. The group shows promise, bringing together some of the best stoner/doom of my short life, but I think it takes too much from the experimenting tendencies of Cathedral, something I've never really been on board with.