Over the course of the past year I have listened to tons of music. It is so hard to narrow everything down to a list of twenty especially with a tremendous amount of stellar releases this year, but I think I have managed to do that. As you can see from this list, I have a variety of tastes. These 20 albums were the ones that I just kept hitting the replay button over and over. From December 28th until midnight December 31st I will reveal 5 albums each day. Hope 2011 brings as many great tunes as 2010. Happy New Year to all!

#20-Del Rey-Immemorial (At a Loss Recordings)

Every once in a while I like to take an aural challenge, this year I decided on Del Rey. This band has been around for years but I had never heard of them. I typically don't like post-rock music frankly because it makes me sleepy. This band had some weird instrumentation and complexities that kept my interest and for that fact alone made my list.

"On their third full-length recording Immemorial, Chicago's Del Rey continues their journey into eclectic experimental rock. Immemorial is aneddy of swirling rhythms, angular melodies, and sonic disturbances that can both mesmerize and confound. Much of the material is purely art rock shoegaze that, with your eyes closed, could easily put you into a hyper-suggestive hypnotic state. And the suggestions to you would be 'you will like this' or roll a bone and pass it along. While the music roils and you reel, Immemorial's songs are more adventures in movements than consistent currents." Read more...

"While there isn’t exactly a Justin Timberlake-size following to instrumental music, Chicago’s Del Rey has still been overlooked over the years in favor of bands like Scale The Summit and Animal As Leaders. Their fourth album, “Immemorial,” continues in the epic grandeur of 2006’s “A Pyramid for the Living” with four main suites and three interludes. The musicianship is stellar, focusing less on technical prowess and more on atmospheric mystique. This is a thinking man’s kind of music, an album to ponder and study over like a brain-twisting calculus equation." Read more...

This album was originally released in 2007 but was re-issued on Meteor City this year. Some pretty awesome Psychedelic Desert rock from Argentina.

"To be perfectly honest, I’ve been putting off reviewing the self-titled MeteorCity debut from Buenos Aires desert-style rockers Humo del Cairo for about a week now because I’ve wanted to try and glean some better sense of the album’s structure, form and methodology. I don’t know if I got all that for having taken the extra time, but with a record like this, which alternates between longer and shorter cuts and puts to use a ranging sonic approach, repeat listens can’t hurt.

Humo del Cairo does go back and forth between extended cuts and shorter pieces, at least for the first four of the total six tracks – the last two, “Errantes” and “Cauce” being about eight and seven minutes, respectively – opening with the 11-minute rocker “A Tiempo,” on which the trio waste no time earning a Los Natas comparison with driving rock rhythms. But soon the song opens up into a jam and the reasoning behind the longer track times is revealed. To the credit of the players — guitarist Juan Manuel Diaz, drummer Javier Murillo Gorchs and bassist Gustavo Bianchi – it doesn’t get boring, but the divisions between tracks become almost arbitrary by the end of this first 11 minutes, which is going to drastically change how you experience the album." Read more...

"This baby's been sitting on my Metal Review burner for far too long. Not actually a result of a loss for words on my part, mind you, but because I knew it was something that would best be digested in the midst of the US Summer months. For Humo del Cairo's sound, in a nutshell, would most accurately be described as "summery" -- summery stoner metal that lifts the smell of burning Kingsford coals on the wind the very moment these unwinding grooves waft from the speakers. Hence, it will probably come as little surprise to many of you that these young Argentinians have secured a cozy spot on New Mexico's hazily-far-out Meteor City roster. They're quite the comfortable fit alongside acts such as Los Natas, Hermano, Solace and the like. But where those bands would likely fill the role of getting the party started, Humo del Cairo seem more suited for maintaining that late afternoon summertime buzz by stewing folks off their undeniable stoner vibe. It's as if someone locked these three in a room for a year with an industrial-sized hookah, a stack of Kyuss records and Robin Trower's Bridge of Sighs." Read more... 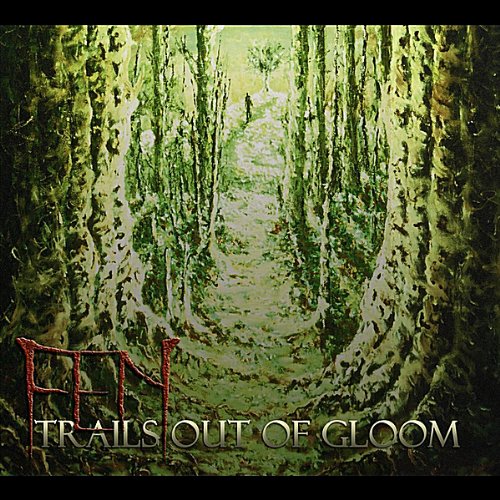 Being a huge fan of bands such as Alice in Chains, Days of the New, and Opeth this was one of those albums that I just absolutley loved the minute I heard it. Each previously mentioned band is somehow represented in the band's music. Haunting, beautiful acoustic melodies with just enough crunch.

"Trails Out of Gloom is a brooding record that meshes the lush with the heavy, the serene with the chilling and the light with the dark. Somehow Fen manages to traverse through the seemingly opposite terrains with incredible success. Fen is an alternative/heavy metal band that often veers into progressive rock territories likening them to the sounds of Porcupine Tree and Opeth. Unlike countless other bands in the same genre, Fen manages to always stay centered, never losing themselves to moments of self-indulgence or falling victim to being overly obscure." Read more...

"Trails Out of Gloom is an apt title for Fen's fourth album. There's a certain atmosphere of foreboding coursing through this work. At times, Fen seems two steps and a brick from doom rock, or maybe better alternative stoner rock. But even these descriptions fall short as you could add some post-grunge or even some mild heavy metal. And even with the darker gloomy side of Trials Out of Gloom or the The World is Young, there's an obtuse liveliness to Find That One and End of the Dream. With an oft despairing worldview for lyric, Fen brings ambitious melodies and clever guitar stylings to some knotty, but ultimately accessible, tunes like Miracle and the aforementioned End of the Dream." Read more...

Yep, my darkside has emerged once again! Ok here is the deal. Some of you like clean vocals with your doom, some like gutteral vocals, some like screaming. Surprise, this album has no vocals. The music speaks for itself. It is a brilliant doom/sludge record. If you have never listened to Bongripper before, now is the time!

"In the realm of instrumental sludge and doom metal, there is one band that rules all with an iron fist. That band is Bongripper. Formed in 2005, the band has worked hard, creating five previous albums. Their sixth, Satan Worshipping Doom has arguably become their best piece of work to date, surpassing their 2008 fan-favorite, Hate Ashbury. So you may be asking yourself, what separates their newest album from all the rest? Here’s the answer." Read more...

"Let me preface this by saying that instrumental doom, in any of its various incarnations, is not always the easiest thing to pull off. A lot of bands in the genre get away with making utterly boring and lifeless music, doing nothing to separate themselves from the rest of the pack. But when a band tackles this genre and does it well -- I mean really well -- it can be some of the most powerful and crushing shit you can subject your ears too.

That's where Chicago's Bongripper enters the picture. Since the band's inception in 2005, these guys have been all over the map experimenting with all that is heavy. Their monolithic debut full-length The Great Barrier Reefer is still one of my all-time favorite sludgy doom albums and the perfect record to rock while passing around the blunt (or bong, as the case may be). And since that album's release in 2006, these guys have been very busy." Read more... 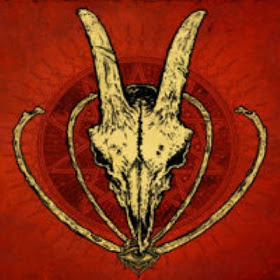 Some of you may have or may not have of ever heard of the Italian Stoner band Black Rainbows, well if you never have I really suggest you do so now. I first heard the band back in 2008 on their awesome release "Twilight in the Desert". After hearing that album I couldn't wait to hear some new music by these guys. Cue up the latest album "Carmina Diablo". In tradition with the first album, Black Rainbows brilliantly intertwines doom heavy stoner rock with spacey psychedelic rock, think Monster Magnet meets Kyuss complete with great riffs and melodic grooves. The first two songs on the album "Himalaya" and "Babylon" are two absolute stoner rock gems. Why this band hasn't gained more international recognition is beyond me. These guys will be in Heavy Rotation for a long time to come.

"How about the finest psychedelic nectar with extra crispy desert rock, spiced with a dose of fragrant tasty fuzz de luxe?

Black Rainbows seem to have been dwelling in the holy temple in almost three years just waiting to unleash their psychedelic sweetness for the second time in history, and finally they do it! The new album 'Carmina Diabolo' has been worth waiting for; the Italian riff inquisition is back with a vengeance and ready to torture anyone who would try to climb the holy mountain, with their mighty strings! Unlike many of their competitors that have gone from pure stoner to being a more 70's oriented hard rock band Black Rainbows have chosen to stick to old traditions, and thank God for that!" Read more...

"The band plays a kind of psychedelic Stoner Rock, that draws influences from acts like Nebula, the high and mighty Blue Cheer (hail!) and Slo Burn, as well as the groovy touches from Kyuss. The low tuned guitar and bass add some heaviness to the sound, while Fiori’s vocals travel you somewhere in a desert, where you can see the sun setting as you drink your favorite beer and burn everything that troubles your mind. Suggested only to those few that can feel the heat of music that is played straight from the heart."