Sorry guys, I've been so busy celebrating and basking in the Super Bowl win by the Pittsburgh Steelers (I was born and raised in the Pittsburgh suburbs and still live here)that I neglected to post an Album Of The Week. So for your listening pleasure I have decided on "Agents of Ahriman" by Greenleaf. Enjoy! 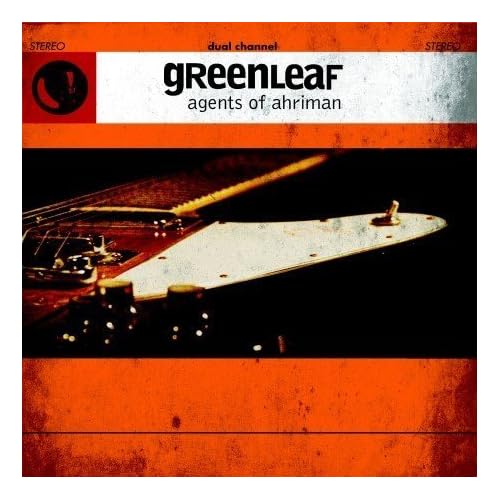 A whole four years after their last release (003's Secret Alphabets) left curious listeners intrigued and somewhat confused, here comes Sweden's Greenleaf -- the sometime side project that won't die, but sure takes its sweet-ass time to come on back -- with another collection of stoner and classic rock action titled Agents of Ahriman. Here again, the group seems to feature as many "core" musicians (most notably Dozer guitarist Tommi Holappa) as invited guests (including members of Lowrider and Truckfighters), and this goes some way towards explaining both the loosely arranged, almost improvisational feel to many of their fuzz rock explorations as well as the vast array of retro-rock styles visited from start to finish. To wit, give Agents of Ahriman just a cursory glance, and you'll identify several shades of Deep Purple and lunar phases of Steppenwolf ("Black Tar," "The Lake"); Ozzy vocal imitations ("Highway Officer") and screaming Monster Magnet intensity ("Ride Another Highway"); Pink Floyd-like space meddling ("Sleep Paralysis") and Hawkwind-esque interstellar droning ("Treehorn"); Ram Jam-style blues crust ("Stray Bullit Woman") and Sir Lord Baltimore-type psych guitar gone "Bolero" (the title track), and lots of latter day Blue Öyster Cult in the catchy licks and vocal lines of "Alishan Mountain." In the end, though, the one thing that all of these songs have in common is a rather basic, lo-fi production strategy (which suits them rather well, don't you know?), and the aforementioned ability to confuse and intrigue in virtually equal measures. Obviously, none of this bodes very well for Greenleaf to attract a dedicated fan contingent, but, if past form repeats itself, it's not like that the group will be coming back this way again any time soon, either. (Eduardo Rivadavia, All Music Guide)