The Album Of The Day is "Dead Men Tell No Tales" by Monarch. 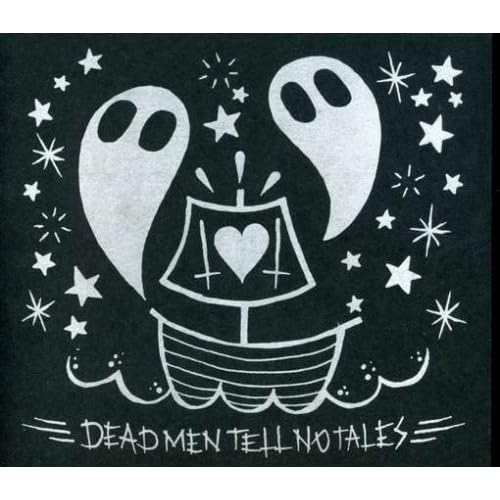 So now it's France's turn to wade into the deep end of the feedback-slathered doom-sludge lagoon -- who new they had it in them? Although it should be noted that Monarch! have been wallowing in subsonic depths (or oozing like so much funereal fondue, as it were) since as far back as 2005, and 2007's Dead Men Tell No Tales is in fact a two-CD compilation of five protracted super-dirges drawn from all three of their prior releases. And that really does mean super dirges: "songs" so ruthlessly downtuned and terminally decayed that not even the normally applicable "funereal doom" tag can properly describe the 26-minute, sardonically named "We Are the Musicmakers" or the 18-minute "Speak of the Devil, Speak of the Sea." Never mind the funeral -- these things have already rotted their way right out of the cemetery grounds! Along with excruciatingly torpid, second disc bowel movements, "Winter Bride" and "Swan Song" (both 20-minutes long, both comprising Monarch!'s most recent release, Die Tonight), these are composed of improbably detuned, feedback laden chords wrung out of groaning guitars, lonely percussive detonations, and the alternating acid croaks and childlike mewling provided by singer Emilie Bresson. Heck, the non-song of the title track is even more preposterous: featuring nothing more than Bresson whispering cryptic lyrics over wafting white noise that alternately resembles waves crashing on a beach, or cars racing through a highway tunnel! The latter curiosity notwithstanding, though, Dead Men Tell No Tales does offer a cohesive statement of intent and commitment to entice a very select group of extreme doom/sludge enthusiasts. (Eduardo Rivadavia, All Music Guide)

Disc 1 Speak of the Sea

01. We are Musicmakers (Long Version)
02. Speak of the Devil, Speak of the Sea
03. Dead Men Tell No Tales (Spoken Version)