By the way, I may or may not have time to post tomorrow. I have a full slate of stuff to do. Have a great weekend, I know I will. 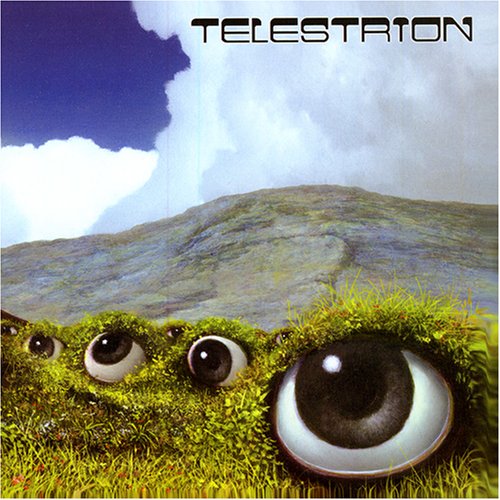 “Open the door to your mind and take a ride with Telestrion. Let their brand of heavy cosmic rock and roll take you on a journey to the deepest reaches of inner and outer space, singing a tune, clapping your hands and stomping your feet the whole way.” - Stonerrock.com

Telestrion is a four-piece heavy psychedelic rock band whose sound is a fusion of timeless riff-rock masters such as BLACK SABBATH, LED ZEPPELIN, and CREAM combined with modern freak out sensibilities of groups like FU MANCHU with a bit of the weird, synth, excessive phase/flanger/delay sounds of bands like THE FLAMING LIPS. Telestrion’s self-titled debut was recorded over two weeks in Kennesaw, GA under the direction of sound mixers Don Tart (Cee-Lo and Jackyl) and Jeff Tomei (Smashing Pumpkins, Jerry Cantrell). The band formed over the course of the summer of 2006 in Atlanta, Georgia. Andy Samford (guitar,vocals), Brian Holcomb (guitar, vocals, thermin), and John Smith (bass) played together in the now defunct Qualone and found steady rhythmic grounding with the additions of Chris Stewart on drums.

The album cover gives new meaning to “The Hills Have Eyes” just look and you can tell that Telestrion is going to have a real natural feel to their music with some psychedelic flare thrown in the mix. They combine the intensity of skate rock and classic rock riffs with a Ozzy-like vocals. The instrumental part of Telestrion is more like a cross between Pink Floyd, Journey and AC/DC if you can imagine that. But this acid rock band best describes their own music as, “The weird sounds you hear in the void between waking and sleeping.” That is exactly what their sound is. There is no one genre that encompasses all the Telestrion’s style they sample from many different genres to come up with a sound that is completely their own. Their heart-felt jams and obviously impassioned approach to their songwriting and recording equate to an album that’s at once tranquil and frenzied. For example, lyrics in one of the songs include, “I hear colors with my eyes and feel them in my brain all senses are one in the same.” It’s lyrics like that, that make Telestrion the perfect album to put in and have deep conversations with your friends. Telestrion combine the best of both worlds with the musical exploration of a jam band and the enthusiasm of a heavy metal and psych-rock. This is the kind of album that you’ll want to bring with you over a weekend under the influence of some wine and psychoactive substances. So, next time you plan a weekend in the woods of Vermont; don’t forget the Telestrion. (Neufutur Magazine)