The Album Of The Day is "The New Normal" by Hackman. 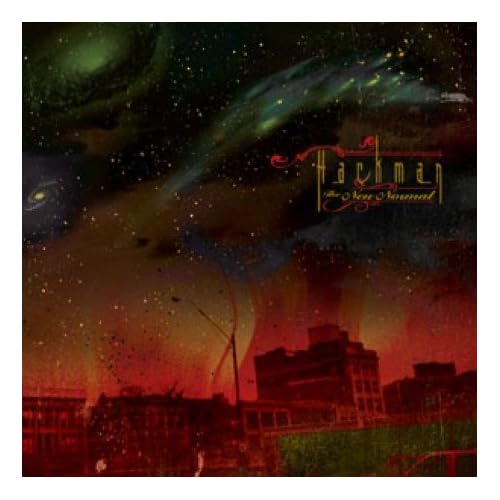 On their debut effort, 2007's The New Normal, Boston trio Hackman converge their lengthy combined experience in the heavy stoner rock underground into seven acts of worship to the almighty riff. Many of these instrumentals (prime examples being groove-addled opener "Packed Bat," psychedelic tripper "Chin Music," and chord-sequence exercise "Ababac") were obviously hacked out (pun intended) quite spontaneously during band rehearsals, and it's ultimately a combined sense of casual creation and regimented final recording that defines their charms. As with all instrumentals, they demand a slightly more dedicated type of listener than your average pop-consuming Joe or Jane, but fine diners will relish the structural variety of "You Can't Ever Get What You Want" and the uniquely low-key almost jazzy swing of "Fuck You I Played Altamont" (note trumpet contributions from bassist Jase Forney!). When he does finally choose to sing on "The Anthem" and the silly-named but ominous-sounding "I Don't Need this Shit, I Played Budokan," one-time Roadsaw and Milligram man Darryl Sheppard risks no more than a viciously spat growl; making it obvious that these were merely supplementary afterthoughts, and leaving one to wonder why he even bothered. Perhaps that's why, in the end, The New Normal's entire enterprise feels just a tad bit unfinished and thrown together for Hackman to inspire devout fan loyalty; but then not every music fan is looking for a lifetime commitment in every record purchased, right? (Eduardo Rivadavia, All Music Guide)