The Album Of The Day is "As Above, So Below" by Ganon. 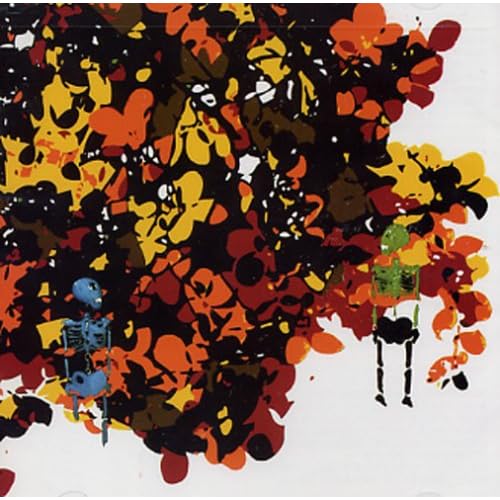 Detroit, MI's Ganon proved plenty on their debut, the long EP/short full-length called In the Dead of Sleep. While they had all the thud, crunch, and power of a doom metal band, they placed their energy and creative aesthetic toward something we now call "post-rock." If Neurosis are a "post-rock" band, so be it. On the album this quintet played slow, used occasional dynamics, were no strangers to lyric melodies, yet plastered them all with distorted waves of low-tuned bass and guitars and still sounded like guys who could write songs. As Above, So Below is a bona fide full-length, clocking in just a hair shy of 45 minutes. It was recorded by Ben Began (who helmed the board for In the Dead of Sleep) and co-produced by himself and the band. Ganon's entire sound has evolved and morphed into something tougher, louder, and more visceral, while keeping their strengths right up front where they belong. In other words, here they sound more like themselves than ever. While it's true that the recording itself is crisper, with more sonic space and dimension than its predecessor, that's only part of the reason for the new offering's head above the pack success. The biggest aspect of what Ganon do better than most is write actual songs. These tracks are not mere frameworks for low-tuned riffage and open drones or simple repetitive guitar parts played ad nauseam as some yob screams into the din. All the listener really needs is a listen to set opener "Descend from the Wind." It begins with a wail and the scree of enormous guitars courtesy of Greg Heaney and Ryan Toohey. The cracking snare, plodding out the four/four as both guitar players take opposite contrapuntal melodic leads in the refrains and bridge is the first notice that something here is very different indeed. The other is that bassist Clark Eagling sounds like a real bass player, not someone who merely keeps time for the drummer to add fills. The wall of atmospheric sound that fills up the middle and hovers freely in the quieter passages amid the snare and tom tom thud is a nice touch, as are Kenneth McNabb's lyrics, put forth loudly and clearly so as to engage the listener from the jump. Various open instrumental passages bring almost proggish melodies (though they are far from pretentious or difficult) into the mix to pull their way into a separate melodic entry. They don't do war with one another. Tempos shift with textures and dynamics and where the tracks end is very far from where they began. Elsewhere, such as on the album's killer hinge piece "Until First Light," Classic American metal, Eno-ish textures and spaciousness, scandalously skeletal instrumental (guitar) interludes, and grinding drums and bass brings something so unusual and hearty to the fore that it furthers this whole genre of loudness mongers. Think of the best overdriven metal guitar riffs laid down by Ride the Lightning-era Metallica, or Hell Bent for Leather- era Judas Priest (with the American sense of aggression), wound together with the beautiful harmonic invention of Ganon at their finest. This description still doesn't quite capture the spirit of Ganon, or As Above, So Below, but it's closer. Where the bassline is so punishing, the soaring guitars and keyboard magic are only exceeded by Brian Fredenburg's propulsive -- you can make a case for convulsive -- militarist snare fills and broken beats. But by the time you get to "The Night Draws Near," with guest cellist Angela Tram helping to introduce this brooding, sinister, minor-key melody, it's brewing up a thudding maelstrom of drum and bass throb as the guitars interplay with the cello, and combine three different lyric lines for McNabb to make obscene with his unhinged vocal. This is where the dark side of rock belongs, in the corridors of power, where volume is combined with musicianship, with songwriting, and with abstraction. Highly recommended. (Thom Jurek, All Music Guide)