The Album Of The Day is "The Monkees' Uncle" by Altamont. 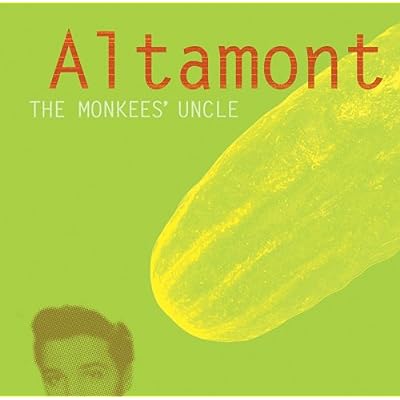 Picture a more "stoner rock"-based version of the Melvins, and you wouldn't be too far off from Altamont. After all, longtime Melvins drummer Dale Crover is the leader of Altamont, as he "pulls a Dave Grohl" and puts down the drums sticks in favor of vocal and guitar duties. Unlike the first releases from the group (which also includes bassist Dan Southwick and drummer Joe Osbourne), 2005's The Monkee's Uncle sees the trio expand to include an additional percussionist and an organ player. Although they follow much more traditional song structures than the Melvins, both groups put the importance of the almighty guitar riff first -- albeit in a more garage rock style. Highlights include the barnstorming album opener, "Frank Bank," the surprisingly up-tempo ditty "El Stupido," and the riff monster "The Bloodening." Crover has obviously learned well from witnessing the Melvins' Buzz Osborne torture his Les Paul after all these years. (Greg Prato, All Music Guide)