Album Of The Day-Zozobra-"Harmonic Tremors" (2007)

The Album Of The Day is "Harmonic Tremors" by Zozobra. 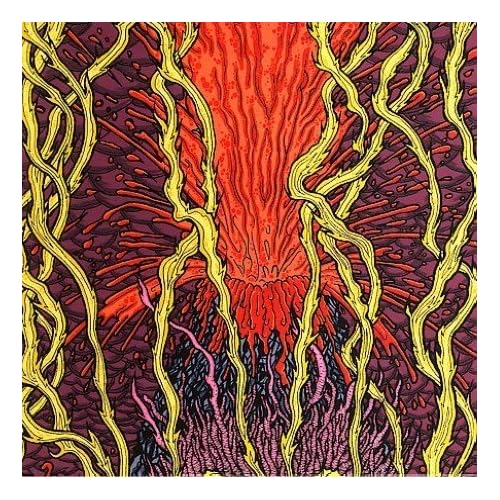 Hydra Head Records has kicked off the new year by unleashing the latest member of it’s mighty arsenal upon us: Zozobra, an exciting new creation of Caleb Scofield’s that already has people talking. Drawing influence from his earlier projects, the former Cave In / Old Man Gloom bassist immerses catchy rock tunes in a crushing layer of sludge-fuzz that will have fans of both licking their chops for more. With their first album, Harmonic Tremors, Zozobra creates a new harmony between styles and cuts out a surprisingly original niche for itself among the heavy music underground.

Relentless and skillfully crafted, Harmonic Tremors is a highly energized, massive force of an album that never once lets down its guard. Right from the get-go, it’s clear that Scofield isn’t here to mess around. The first couple tracks burst from the speakers and set the stage for the entire album, wielding brutal roars, buzzing riffs and pummeling rhythms. And that’s pretty much how things remain for the entire album, with occasional additions of cleaner, melodic vocals that provide a nice compliment to the album’s ferocity. Without a doubt, the entertainment factor of this album is superb—the tunes are catchy, the distortion is cranked to the max, and none of the tracks overstay their welcome—all of which contribute to a smile on your face at the end of it all.

Marking the first effort of Zozobra, Harmonic Tremors is a refreshing new addition to Scofield’s career. For anyone who’s listened to his previous bands, it’s nearly impossible not to recognize the incredible amount of influence they have on this album. Zozobra seems to represent a “middle-ground” area between the more conventional rock of Cave In and the ultra-abstract Old Man Gloom, and it’s a combination that works quite well. The instrumentation has a great deal of flavor and originality, but you won’t find any over-indulgent ambient soundscapes or complex experimentation on this album either. No, Harmonic Tremors is something altogether different—a deliberate and focused effort that creates a strikingly original brand of inspired heavy music. (Sean Butze, SonicFrontiers.net)