The Album Of The Day is "Devil Child Blues" by Red Giant. 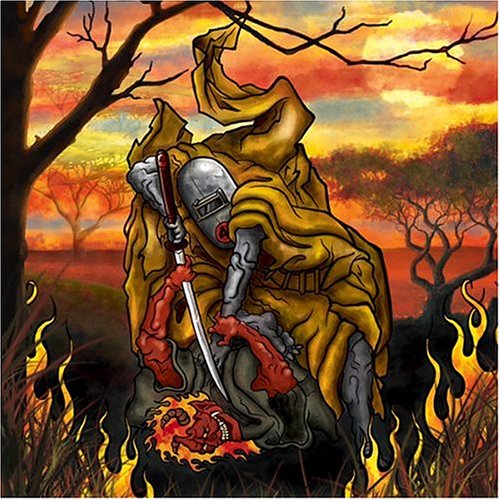 Five years have passed since Red Giant's last album, 1999's Ultra-Magnetic Glowing Sound. Naturally, the Cleveland stoners have moved on, evolved, etc. -- not drastically, but noticeably. For starters, 2004's Devil Child Blues finds them coming back down to earth, forgoing their deep space license (and the longer jams that came with it) to orbit a little closer to home this time out. The most evident signs of this arrive via more streamlined heavy rockers like "White Mom," "Jetpack," and "Hoping for the Golden BB," which generally compensate for their not so spectacular blastoffs by not plummeting out of the sky as frequently. And as subsequent tracks reveal, Red Giant have wisely stuck to their rockets on what many fans consider the best assets of their sound: the thrilling twin-guitar assault of two-headed front-monster Alex and Damien and that unexplainable sense of awe and dark mystique that surrounds them. The former remains a crucial ingredient to the band's winning liquid-fuel formula, igniting almost every offering here (but particularly the tortured blues of a title track, the spiraling juggernaut of "John L. Sullivan," and the well-named "Millennium Falcon") into truly hypnotic guitar tapestries. The latter is quite simply something of an X-factor, a proverbial je ne sais quoi that sparks unexpected departures from convention like the forbidding grind riffs of "I Breathe Fire" and the colossal final stage of the particularly memorable "(How Ya Doin' on That) Time Machine." Even Red Giant's choice of a cover song to close out the album -- a wah-wah-drenched shimmy through the Stooges' "Funhouse" -- is less than predictable, and very suitable to Devil Child Blues' more earthbound inclinations. And even if this flight will be suborbital, this album qualifies as another successful mission for Red Giant -- so strap yourself in as the countdown begins: five, four, three.... (Ed Rivadavia, AMG)