Originally released in 1999, Brainticket Records has finally decided to re-release one of the finest Doom Metal albums ever made. That would be "Ringmaster" by Las Cruces, therefore making it my Album Of The Day. 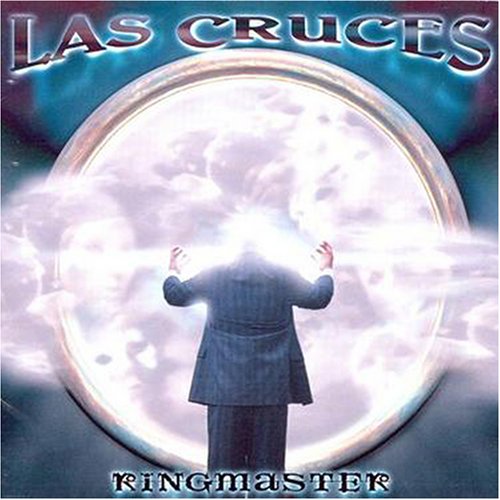 Picture this...cross Led Zeppish bluesmetal with Doom Metal and unleash upon an unsuspecting society. These five Texans stand tall and proud and push out waves of slightly psychedelic bluesish deadly doom. Mark Zammaron reminds me of Robert Plant crossed with a demonically-possessed, doom-laden 1930s-era blues singer (I'm speaking hypothetically--it's not Robert Johnson) with just a dash of early Danzig. This is no-holds barred bluesdoom. George Trevino definitely updates the classic blues sound with a healthy dose of feedback-laden doom metal guitar. Ben Regio Montano beats the skins and cymbals into submission and controls the slowly building sludgemonster. No beat shall escape his grasp without paying the price. Occasionally the band softens their brutal assault with a quiet moment, but it only makes the sledgehammer hit harder when they bang it out in the next few minutes. Some songs start slow and tender then build towards its an apocalyptic, bullish finish. Best cuts are "Behemoth" and "Pigz." They have learned much from their producer John Perez (with Mike Trujillo) of the seminal doom band, Solitude Aeturnus. They take the doom-laden with sorrow style of Solitude Aeturnus and increase the bottom end forcing an unnatural heaviness upon an already heavy genre, then they toss in a spoonful of blues to strengthen the approach. With Ringmaster, Perez has helped elevate Las Cruces to the next level. These songs burn the heart and brain with their acid-drenched bitterness and pain. This is not a band to be taken lightly. They will crush you if you underestimate their power. (Sabrina Wade Haines, EarPollution.com)