The Album Of The Day is "Paralyzed" by Witch. 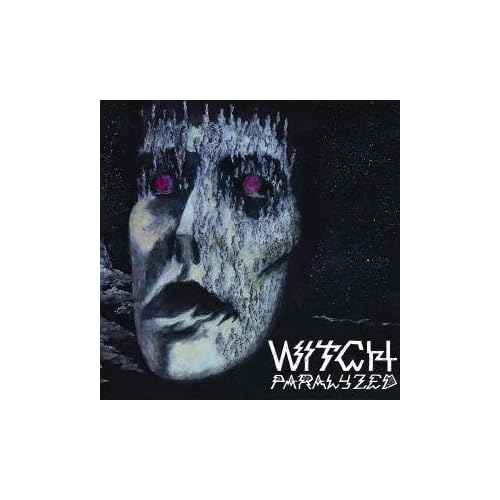 Poor Kyle Thomas. It can't be easy being the singer and guitarist for any group that features indie ax-god J. Mascis in the line-up—even if the Dinosaur Jr. genius is relegated to the drum stool. (Taylor Hawkins, of Foo Fighters fame, could probably commiserate.) To Thomas' credit, though, Witch's new album is filled with several moments of guitar playing so mammoth, heavy and psychedelically tweaked that it's easy to imagine him saying, "Who's the guitar legend now, old man?" in between his thunderous licks.

And though there's nothing on the group's second album, Paralyzed, that's going to make anyone forget that J. Fucking Mascis is in the band but not playing guitar, Thomas's efforts to rise to the occasion results in a thoroughly entertaining stoner-metal album. Not that Mascis is slacking on his end either, as his galloping, energetic playing gives Witch a punk energy that keeps the sometimes stodgy songs moving forward.

Among the highlights are "1000 MPH," which is both concrete-thick and viciously quick at the same time, and "Psychotic Rock," which features a nifty drum breakdown and fuzz-out guitar solo coda. The album's closing track, "Old Trap Line," slows things down to a Sabbath-worthy crawl for a change of pace, whereas "Space God" indulges in time honored stoner-metal touches like pretty acoustic guitars and psychedelic vocal effects. Thomas, who also plays in the folk group Feathers, has a voice perfectly suited to this racket. It blends in well without calling attention to itself, which is probably for the best considering that the few lyrics can be made out ("Gods who walk the earth," or "Pools of light, slowing fate") suggest that he's just knowingly playing with classic rock fantasy tropes. But in fairness, Witch's success is proof that those tropes, when handled well, can still be surprisingly delightful. (Michael Tedder, CMJ)