Album Of The Day-Greatdayforup-"Flores de Sangre" (2005)

The Album Of The Day is "Flores de Sangre" by Greatdayforup. 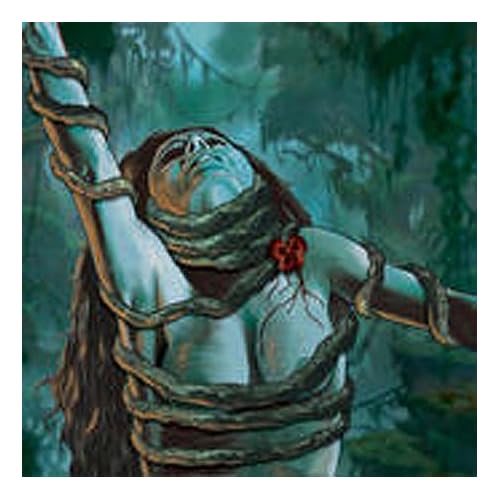 Greatdayforup's full-length debut is a guitar album, which may seem like a redundant assertion to make about any heavy rock disc, but in this case the evidence is simply overwhelming -- overwhelming a very capable singer in Mike Langone, overwhelming the band's sturdy rhythm section, and even overwhelming the songs themselves on occasion, making them feel like a secondary function of Mike Vitali and Jay Sunkes' domineering six-strings. This is the sound of riffs upon riffs, compacted into layers so dense and sludgy they could level city blocks (think Red Giant's riff mastery matched to Bongzilla's crushing grooves), yet, still, it usually works. First highlight "Taste the Wasted" sets the tone by marrying sledgehammer heavy metal riffs, ululating Queens of the Stone Age-type vocals, and plonking cowbells driving at high speeds; "Another Lesson," "Man's Ruin" (no apparent reference to the famed and doomed stoner rock label), and "Deme Su Coolo" alternate periods of galloping fury with jolting staggers and stutters; and "To the Limit," "Rise," and "Three Card" frequent generally slower time zones (not quite doom, but close) while retaining a menacing intensity. Not as successful, the funkier-riffed "Check This Out" and "Twist of the Spine" get a little lost rocking in circles, the turgid "Wish I Was Gone" brings to mind some of the weaker efforts by labelmates Halfway to Gone, and the instrumental title track's muddy piano lines offer only the curiosity of sounding as though they were recorded from inside the piano. All things considered, Flores de Sangre still makes a pretty strong impression for a debut album, but it'd be nice to hear the guitarists share the wealth some more on the next go-round. (Eduardo Rivadavia, All Music Guide)