The Album Of The Day is "Blind" by Corrosion Of Conformity. 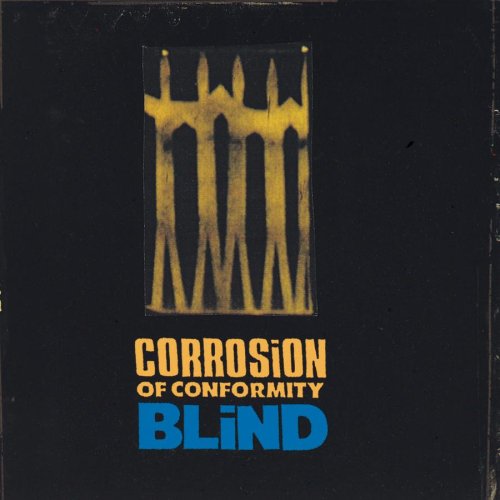 By the time they released 1991's Blind, crossover pioneers Corrosion of Conformity were pursuing a decidedly metallic direction, but this in no way compromised their punk ethic, overtly political lyrical themes, and incredible sonic aggression. The wicked melodies of "These Shrouded Temples...Remain" bookend the album, and excellent tracks like "Damned for All Time" and "Mine Are the Eyes of God" manage to be both utterly heavy and surprisingly catchy. "Dance of the Dead" and "Echoes in the Well" are about as straightforward metal as C.O.C. gets, but their politically militant roots are fully displayed on "White Noise" and "Great Purification" -- both scathing attacks on racism. The gentle, meandering chords of the instrumental "Shallow Ground" offer a brief respite from the onslaught, but then lead into the album's fiercest moment, "Vote with a Bullet." Constructed on an extremely distorted riff and featuring equally fuzzy, computer-processed vocals from guitarist Pepper Keenan, the song is a sonic precedent for the countless aggro-thrash bands (Korn, Fear Factory, Limp Bizkit, etc.) which dominated the late '90s. Years ahead of its time, Blind is simply one of the most important heavy rock albums of the decade. (Ed Rivadavia, All Music Guide)