The Album Of The Day is "Sounds Of Liberation" by CHE. 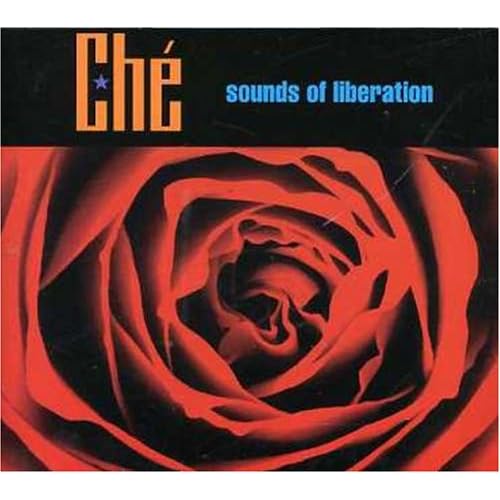 Even more amazing than the large number of Kyuss-related offshoot projects which have followed in the stoner rock pioneers' demise is the fact that virtually every one of them — Queens of the Stone Age, Unida, and Che — has something very special to offer. Aside from proving the utter brilliance of the original article, this has afforded both longtime devotees and late arrivals something to pine for in the years AK (after Kyuss). And while he has long stood in the shadows of his former bandmates, original Kyuss drummer Brant Bjork was an integral part of the group's sound and responsible for some of their best songwriting, not the least of which was the seminal desert anthem "Green Machine." Bjork was also the first core member to break away from the group, choosing peace and obscurity over the pressures of rock stardom and joining semi-recluse stoner rockers Fu Manchu a short while later. Now, in his first venture as frontman (handling vocals and guitar), Bjork teams up with Unida bassist Dave Disnsmore and second Kyuss drummer Alfredo Hernandez in the side project power trio Che. Their first offering, the sparsely produced Songs of Liberation, benefits from the analog sounds and organic feel characteristic of the best stoner rock albums, and with its loose jams and heavy grooves offers a stiff rebuttal to the over-produced pop predominant at the start of the millennium. Having said all that, outstanding material like "Blue Demon" and "Pray for Rock" (which blatantly quotes U2's "I Will Follow," of all things) still won't interest many outside the stoner rock community. But with its circular, start-stop riff, opener "Hydraulicks" is an immediate stone-cold classic for the ages — even if almost no one ever gets to hear it. Whether Che will ride again — or prove to be anything but a one-off — remains to be seen, but given its many virtues, Songs of Liberation may well deserve a follow-up. (Ed Rivadavia, All Music Guide)