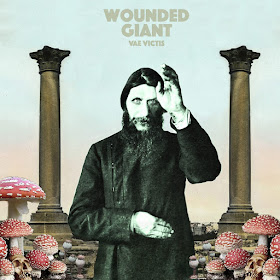 Shirts off! and congrats to Wounded Giant for signing with STB Records.

Out tomorrow (April 1st) on STB records is the new release from Seattle's own Wounded Giant, you'd best get on STB's site early as I imagine the limited editions* will sell out quickly. Wounded Giant are no strangers to vinyl with a full length titled Lightning Medicine (in my collection) and some splits, one which was with Goya* also an STB release and a beauty I may add.
Seems to me Steve has some of the best packaging around including Cloaks (Ancient Warlocks), and Bottle openers (Year of the Cobra) etc..
These chest baring tattoo-clad Riff Worshipers of Doom/Stoner/Metal and Psychedelic have gone into studio with master of all heaviness Billy Anderson and came out with 6 tracks of the aforementioned, pummeling along with the title track and into a slower instrumental piece back into the chug groove, this album with songs averaging over the 6 minute mark fits nicely as their sophomore release.. I did notice it got way better at louder volumes..go figure. I have seen them live  a few times and they can get loud and heavy with the best of them.
Vae Victus is right up all of Heavy Planet's avenues and is sure to keep those in tune with HP's sites happily chugging the ale while nodding along to the grooves laid out by Bobby, Dylan and Alex.. did I mention WG has their own beer?  It's a 9% IPA that was released by STB and Oliver Brewing Co. called the Vae Victus.
Get your hands on this album put it on your turntable and you may become overwhelmed to go shirtless and raise some horns.
Mastering duties were held by none other then riff/studio Wizard Tony Reed of Heavy Head studios and the now legendary Mos Generator. 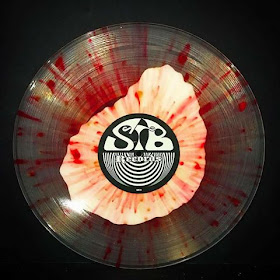 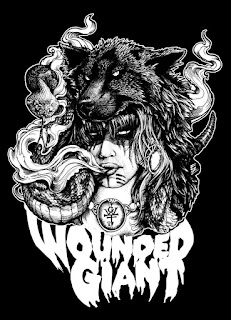 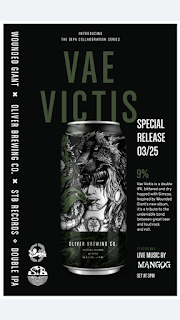 The artwork to Forming the Void's second release depicts a cloaked figure carrying a trident, riding a harnessed piece of earth with a chain of other rocks through the cosmos with a hawk by it's side; it's dark, psychedelic, and perfectly encaptures the slow driving riffs that this Louisiana band deliver with a blunt knife to the temple.

Opening track 'After Earth' slowly picks you up on a dust cloud, sailing through the atmosphere of hazy drones and soothing guitar picks before delivering it's crushing blow of stoner/doom riffs like a creeping tsunami. The vocals of James Marshall are really refreshing to listen to as they avoid the typical stoneresqe gruff shouting vocals, but instead have a more 90's grunge tone to them as the guitars chug away in the background to a pulsating beat. The band lay the doom ethic on as thick as they do the crushing stoner,and it's a combination which is all encompassing, at times soaring with touches of psychedelia, and others the slowest of doom.

'The Endless Road' has similarities with bands like Sergeant Thunderhoof, with thick layers of crushing riffs building upon progressive musicianship with becomes quite captivating to listen to. 'Bialozar' is straight up powering stoner metal with attitude and we just cannot stop throwing fists at the fuzzy guitar riffs with smiles on our stupid faces. Forming the Void aren't necessarily breaking boundaries with their music, but they are doing the best possible versions of their genre that they could hope for.

The rest of the record simple continues to just fucking destroy you, with each pulverising guitar riff of 'Relic', the psychedelic hammering of 'The Witch', and the menacing doom of 'Unto the Smoke', all beating you black and blue, just so they can soothe you with an absolutely killer version of Led Zeppelin's 'Kashmir' to close the record, seriously, you've got to hear this track! Relic is a superb stoner/metal/doom record which will be getting many many many a repeated listen at Heavy Planet HQ. Go and listen and tell us how right we are.

Now this is just what we needed! It's been a pretty slow start to the beginning of 2017 for us guys at HP, we needed a bit of a wake up call to get our arses into gear, and it turns out that an almighty heavy slab of cosmic doom will do just the trick! Enter Chicago's REZN.

Coming across like a psychedelic Electric Wizard, REZN are making a huge noise on their debut full-length record; the guitars are tuned to their fuzzy maximum while the drums echo from the gut and the vocals drone into a tripped out phenomena. Opening track 'Relax' doesn't fuck about, and begins to pummel your senses from the start with its chugging stoner/doom riffs creating a wall of sound that will crush weaker individuals. Everything about REZN's sound is massive, the drum kit must need replacing after each set the way Patrick Dunn pounds away, but then at the flick of a switch they create delicate tripped out moments of hazy clarity, before you fall out of the sky and hit the ground with the massive riffs.

'Wake' creeps along like a Black Sabbath song that was dropped for being a bit too heavy, with lots of trippy vocals and bass lines that'll make you not even need those drugs to reach your astral plain of consciousness. But even in their quieter moments they can't stop themselves from being heavy as hell as the riffs and cymbals come crashing down once again. 'Dread' is the calm amongst the ongoing storm, a short instrumental moment of reflection on the havoc that has been caused so far. 'Rezurrection' comes across with elements of a Far Eastern space trip, standing the hairs on your neck on high as the band take you under their spell.

Let It Burn is an hour's worth of extraordinarily heavy cosmic doom that dips its toes into a lot of stoner and psychedelic elements with spectacular results. It crushes your soul, and that's all we can really ask for.