The Album Of The Week is "Exiled" by Sons Of Otis. 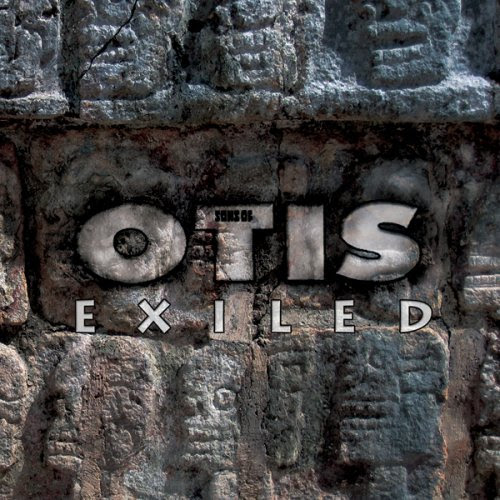 "Toronto’s most righteously stoned doomers Sons of Otis are back with six more droned-out, smoke-filled anthems of echoplexed dissatisfaction. Exiled is the band’s fifth album — second for Small Stone after both Man’s Ruin and The Music Cartel collapsed following Otis releases (they’re just that heavy) — and after reading Arzgarth’s review on Stonerrock.com the other day, I figured I’d chime in with one of my own. You know, just to make the world complete.

By way of preface, I have a great respect for Arz and his status in the stoner scene is unquestionable. He does very, very good work with unwavering dedication. Exiled he categorized as starting off strong but ultimately losing his interest as the band drifted “off into their own realm (or even further into it).” All well and good — and nine-minute dronefest “Tales of Otis” certainly is a mountain to climb — but I think there’s more at hand here than just the album getting boring as it plods onward.

Consider the following track listing for Exiled: Get it? Turn to stone? Ah never mind.

This is how the album is presented in its original form. “Haters” is a strong, doomy opener; “Lost Soul” an appropriately rocking, much shorter and somewhat quicker follow-up; “Bad Man” also lacking a bit of the chunder the band can harness at their slowest, but still rocking; “Oxazejam” exactly what it says it is — a jam belonging to guitarist Ken “Ox” Baluke — and an expansive one at that; “Tales of Otis,” as mentioned, a dronefest; “Iron Horse” packing in some last-minute THC jamming before “The Horror” takes over and provides a noisy ending.

My theory is that what bored Arzgarth wasn’t the songs themselves, but rather their placement. The structure of the album. Exiled, like any respectable slab of drone-heavy stoner doom, is going to test the patience of the listener. Sometimes albums are flat-out hard to get through, and Sons of Otis are no strangers to that. If they wanted to be accessible, they might not have taken their name from one of the characters in Henry: Portrait of a Serial Killer.

That said, with “Tales of Otis” being the mighty monsterpiece it is, I’d move the song up on the list and make it earlier in the album, so that the instant reaction isn’t, “Boy I’m tired, I think I’ll go get a sandwich,” but rather, “Holy shit, this crushes!” And indeed it does.

Likewise, “Bad Man” should go further toward the end, to provide a boost to get everyone over to the end in “Iron Horse.” “The Horror” was a sticking point for the esteemed SR.com editor as well, but since it’s just noise and it’s basically a secret track, it’s easy enough to skip for those who wouldn’t tolerate it, so we’ll leave it where it is with this fantasy reconstruction.

This way, the killer opening is preserved, the next two tracks provide a thunderous, meaty centerpiece, working off each other with what I feel is a better flow than they had originally. The same goes for the transition from “Bad Man” into “Iron Horse,” the only drawback being the two covers are next to each other and might be seen as being tacked on like the band ran out of original material. Something tells me with a leadoff track called “Haters” though, Sons of Otis aren’t too worried about what people think of them.

So there you have it. Of course, this is all moot because Exiled has been released with the original tracklisting, but for those of you with iPods or sundry other shuffle-ready listening devices, check it out and see if you don’t agree. (JJ Koczan, theobelisk.net)