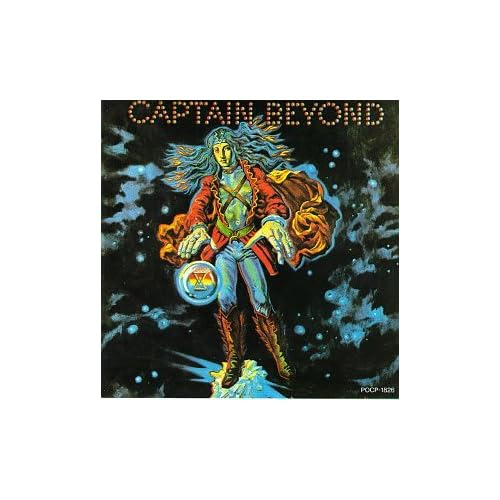 Captain Beyond is a one-of-a-kind progressive album with rock, heavy metal, and jazz influences with a "space rock" lyrical bend. Formed by former members of Deep Purple (Rod Evans, vocals), Iron Butterfly (Rhino, lead guitar, and Lee Dorman, bass), and Johnny Winter (Bobby Caldwell, drums) Captain Beyond is an album that flows from riff to riff, drumbeat to drumbeat, often with various time signatures within the same song. Taking a tip from the Moody Blues, songs flow directly into each other without benefit of any lag time between selections. Taken as a whole, the album is kind of a rush, as quick, riff-laden guitar lines predominate for a few songs before slowing down temporarily into a lull until the next takeoff. Lyrically, the album differentiates itself by exploring themes of the outer world and meanings of existence, often with references to the moon, sea, sun, and so on. Listeners may get the feeling of taking a journey to space in a rocket ship headed for destination unknown. Musically, the album is superior in all aspects. Rod Evans has a strong rock voice, Rhino plays an enormous amount of hook-laden guitar lines, and Lee Dorman plays complex basslines (for example, at the end of "As the Moon Speaks-Return") that lead to typically rhythmic, nimble Bobby Caldwell drumming. The tightness between musicians is enormous, never lets up for long, and leaves the listener feeling like the ride should continue for the indefinite future. (Michael Ofjord, All Music Guide)