New Band To Burn One To: Mountain Eater 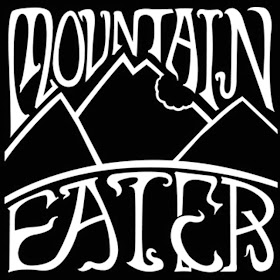 Coming from Switzerland’s Le Chaux De Fonds, Mountain Eater offer every part of 90’s induced stoner and grunge into one neat bundle of sonic rawness that is both nostalgic and exciting to hear. With Raoul’s vocals falling somewhere between a John Garcia/Eddie Vedder hybrid, the influences of the band come screaming out, featuring most bands all stoners hold in high praise, the band still manage to carve out a section of the stoner music scene of their own. The production is very raw, but there’s enough present on the newly released Mountain Eater First EP to show that this could well be a band with something special up their sleeves on future releases. The EP is full of down-tuned low fuzzy riffs with heavy stoner hazed tunes, all enwrapped around solid song-writing. The future is exciting for Mountain Eater.

New Band To Burn One To: In Your Long Arms 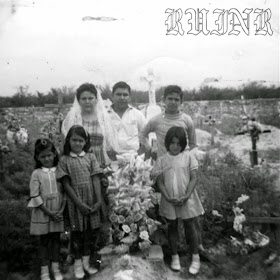 Now this is interesting! It’s not often that there comes along much to shake up the musical genres that we talk about day in day out, not that we always want there to be, but when bonafide original concepts come along, they deserve the plaudits for the work they’ve done, if it’s good of course. May we present to you the sound of Brownsville, Texas’, In Your Long Arms, and their new record RUINR, seven songs of spellbinding shoe-gazing sludge!

The aggression of sludge, and the dreary atmospherics of shoe-gaze are possibly at the furthest ends of the musical scale, but somehow these Texans have made it work. They’ve slowed down the sludge so that the rawness becomes a droning overture to Xavier’s primal vocals as the songs fight their way through thick swathes of riff filled gloomy emotions, channelling a new style of death music, a sense of impending doom that is all encompassing.

RUINR is record which needs to be experienced in full, an album’s album, where no individual songs outweigh the others. The tracks work like a blanket, smothering its victim until you pull your way to the other side. It’s not music for the faint-hearted, but it’s a worthwhile ride for those brave enough to let the gloom take them on. In Your Long Arms have created something special here. 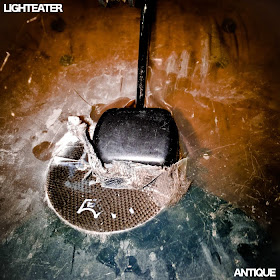 Lighteater are a post-rock ensemble out of Brooklyn, NY who dabble in the dichotomy of delicate intricacy and devastating brutality.  Antique, their debut EP, is a four song affair that weaves the graceful tapestries and crushing riffs created by guitarists Dominic Bartolini and Nate Derr with the steadfast precision of bassist Chris Kunitz and drummer Ryan Luby.  Give a listen to tracks like "10oz" or "Quiver" as the band transitions from meditative hypnosis to jarring cacophony instantaneously.  Vocals aren't even a consideration as Lighteater are content to let the music do their talking.  Listening to Antique is the aural equivalent of floating along in a calming sea, only to be pummeled by an unexpected tidal wave.  Realizing that may not be something you'd readily sign up to experience, in this case I'd suggest you wear your swim shorts and strap on a life vest, because this combination of grace and ferocity is a worthy endeavor. 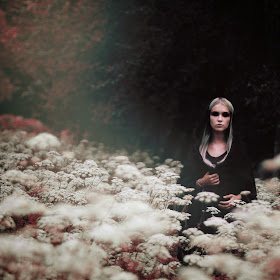 Hailing from Oulu, Finland, the four beasts that make up the almighty noise/sludge/stoner behemoth that is Boar have finally released their debut full-length record after six years as a band, and it is a record which will floor you! Combining all of the best elements of haunting doom, aggressive dirty sludge, hazy psychedelic meanderings, and stomping stoner riffs, Veneficae is a record of near perfection.

Opening the record in blistering style with the face ripping ‘Old Grey’ sets the marker for these Finnish guy’s intentions; heavy doom riffs combined with a technical sludge that is breathtaking at worst, and a set of vocals spat from the darkest corners of the sludge genre. It would make for a great record if the band were to simply continue at this pace throughout the album, but their masterclass in musicianship is shown by their change in styles from track to track as the psychedelic opening of ‘Witch Woman’ shift the aim of the band, as gentler dreamy vocals are sang over the top of stoner riffs. They are different musical styles that sit perfectly alongside each other as each song intertwines elements of the other, either with the odd venemous sludgy vocal or demonic doom riff, creating an underlining sound which is essential to behold.

With their free-playing use of these genres, it’s not right to really put the band into any categories, basically pick your favourite genre and they’ll excel at it. Standout track ‘Sand’ is basically a lesson to all bands in how to create pure, blissful, unadulterated noise, bended around a mainframe of riffs and solid song-writing that keeps you addicted from start to the all-too-soon end.

Whether your thing is doom, sludge, stoner, psychedelic, classic rock, noise, (everything Heavy Planet loves) Boar have mastered it, and crafted a record which is almost perfect for your desires and needs. It’s not often we say this, but Veneficae is essential stuff!

Veneficae is available to pre order at Lost Pilgrims Records.

New Band To Burn One To: Decasia 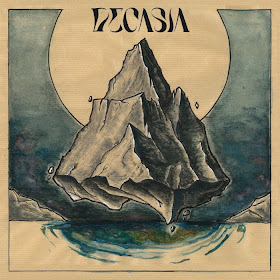 French stoner/doom/fuzz band Decasia have recently released their debut EP, and Holy crap is it heavy! Having only formed in 2013, the Nantes natives have created an almighty crushing sound that makes you take some serious notice. The self-titled EP was recorded in a living room so the sound captured is a perfect mix of rawness, passion, vulnerability, and no hint of any polished bullshit, just music from its roots.

The record opens with the progressively heavy instrumental ‘Halo’ building layer upon layer of pulverising riffs with distorted echoes of doomonic face shredding. The ethereal sound that the guys spew out of the speakers is dirty and addictive in all the right places. Vocals come into play on the rest of the tracks with Maxime Richard clinically leading the music down a midnight psychedelic route with standout track ‘Sherpa’ showcasing everything this band has to offer with progressive psychedelia leading into throbbing stoner doom that is essential to hear.

Decasia are going to be THE band to watch out for in the future, but for now, get hold of this fantastic EP and immerse yourself with some of the greatest stoner/doom you’re going to hear this year. 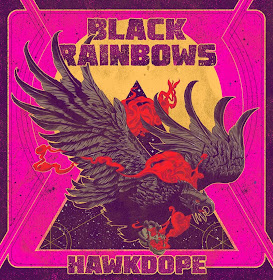 We’re all about supporting and promoting the best new bands around in our music scene here at Heavy Planet, but just occasionally an established, successful band releases an album that we just can’t keep our mouths quiet about. For this time, we welcome back Black Rainbows with trembling open arms.

With vocals falling somewhere between Fu Manchu and Black Sabbath, there’s a familiar voice coursing through the energetic fuzz that these guys spew out as ‘The Prophet’ starts the album in top gear, one which the band impressively maintain throughout with droning, gasping singing, and psychedelic tinged guitar wanderings more often than not overlapping the stoner guitar riffs that just barely manage to keep the band’s feet on the floor.

Perhaps where the beauty lies in Hawkdope is in the band’s ability to write hard psych songs that don’t drift too far away and become alienating to the casual listener; they instead write songs with solid platforms that allow you to flow easily along with the Black Rainbows ride. If you take a track such as the self-titled, nine-minute ‘Hawkdope’, and you follow the band through all of the stages of their existence, casually drawing you in with a seismic pulsating riff, hypnotising you with the delicately higher toned vocals, before slowly turning you into a gravity defying acid trip to a purple meadow of happy thoughts. The heavy stoner jams of ‘Jesus Judge’ and the behemoth ‘Killer Killer Fuzz’ are essential to the band’s being, as when they aren’t drifting away with their psych, the god sized riffs on offer pound the band somewhere back to the stone age type of heaviness; it becomes a little breath-taking to experience.

Without doubt, Hawkdope is going to be the hard psych/heavy fuzz record of this year, and possibly the next, as we’ll hear the records’ vibrating echoes for a long time after playing. It’s time for other bands to step up to the table and bring their A game, if they’re not too scared.

Hawkdope is out now on Heavy Psych Sounds Records
.
Website|Facebook|Bandcamp
Pete at 4:28:00 AM No comments:
Share
‹
›
Home
View web version