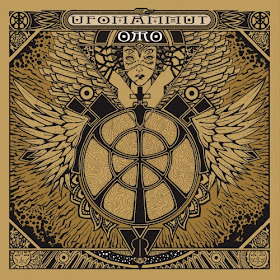 Weekends at music festivals are trying times, amidst the over-priced crap, the touristy families with parents who are clearly too old to still be doing it, and the people who are clearly there more to do drugs, than to listen to the music that they are meant to do drugs to (sweeping generalization, but you get jaded after a while.) Luckily i'm a music lover, so with that in mind I spent my previous weekend in the belly of the beast at a Grateful Dead inspired festival known as Gathering of the Vibes. I'm not one to sport the "Steal your Face" emblems to begin with, but there were some tremendous funk/prog acts playing- so I got to catch some amazing technical and experimental music aside from all the spaced out jamminess. Oh, and one little super-weirdo band called Primus played - new buttholes were torn. Inbetween the tremendous bass grooves, I could not help but notice their incorporation of ambient sounds into their music. Hippie fest aside, some wonky tripped out husamawhatsit noises were definitely out there in the context of the environment. It does make one think- if Primus can get away with such things- is it wholly impossible for other psychedelic groups to blow minds in the festival environment?

One such group could be Ufomammut. These Italian doom-manglers have been with us for over a decade and a couple months ago put out Oro - Opus Primum, the first 5 movements of a 10 movement double CD work. Since then, they've been touring, hitting up metal festivals and mothers alike in support of the record.

"Imperium" - The first work brings to light the ominous synth motif which is present in other parts of the record. This drones on for a good while, with spacey noise penetrating listeners until the underlying riff comes to full fruition around 8 minutes and plods for a while with continued indulgence into freaked out high pitched sci-fi synth effects.

"Aureum" is a big bombastic war-march into the depths, starting out with droned Dopesmoker-tinged riffage. This song is a demonstrator of what one could think of as the "riffball effect", having a riff that starts slow and grinding until it eventually gains more drive and punch till becoming a sludge bonanza - that's what's going on here. It goes on until around 8:10 wherein the bass echoes and the introduction is reintroduced.

"Infearnatural" - A slow droning tune. Stays the same pace for the entire song. The guitars grind and fluxuate with the bass- and there are a couple wild synth effects thrown on top (in the beginning they allude to vocals.) The synth provides a swirling set of modal images which are layered atop the drone. This isn't your yogi's tambura drone!

"Magickon"- The main theme is brought backOv and looped. Adjoined by synth swirls until the bass doubles the melody an octave lower at around 4:45. Minimalism and Doom - can't be bad for you!

"Mindomine"- The final track on the record evokes a sort of creeping doom - laden with eerie vocal squelches! The opening riff once again grows in intensity over the course of the song- beating out a 7/4 followed by a 4/4 rhythm. This tune kind of evokes the atmospheric density of Isis (sans the vocals of course) and continuously lurches forward. The guitar kicks in around 3:22 and adds textural support until unleashing a brazen sludge bridge until seaguing back into a drone. The theme is pounded out by all members with colossal intent until grinding to a ferent end tailed out by off-kilter reverberations.

Overall, the record is a must-listen to for any fan of the atmospheric, drone-doom, or funeral doom paradigms. It's much more enjoyable to listen to in a single sit-down, the songs are meant to segue into one another and create a world for you to stomp around in (and prevent the dead heads from getting to you)! Stay tuned for the final five movements on their September-bound release Oro - Opus Alter.