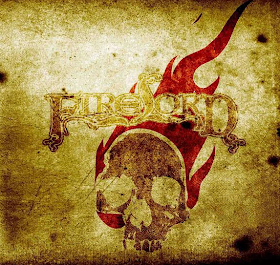 Turin, Italy's Firelord formed in 2007 from Mario Bussini's doom project Saint Judas. Relying heavily on their influences in stoner and doom music, Firelord charged forward through line up changes to record and release their first E.P., The Burning. Firelord resound bass heavy, down-tuned jams touching on vengeance, riding, smoking, drinking, and (who could forget) crazy women. The majority of vocals are sung cleanly, though snarled, throughout most of The Burning. The E.P. runs approximately twenty five minutes and is well worth a listen. 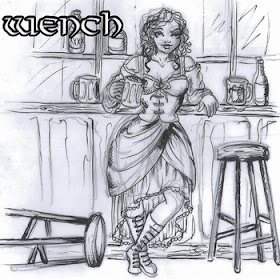 A big bass line and some power chords and Wench are off with the monster Slippery Wall, the intro and my favorite track from their 2011 self-titled E.P. Wench are an Australian three-piece, and got started back in 2007. Having faced the loss of a great friend, Darren Egelhoff, the dummer and founding member, Wench decided to finish this E.P. in memory and on behalf of Darren. Wench continue on, grinding out the tunes. Their sound is a mixture of sludge and desert rock and the production is gritty and raw. All an important part of the Wench formula. The E.P. can be streamed and downloaded at Wench's bandcamp.